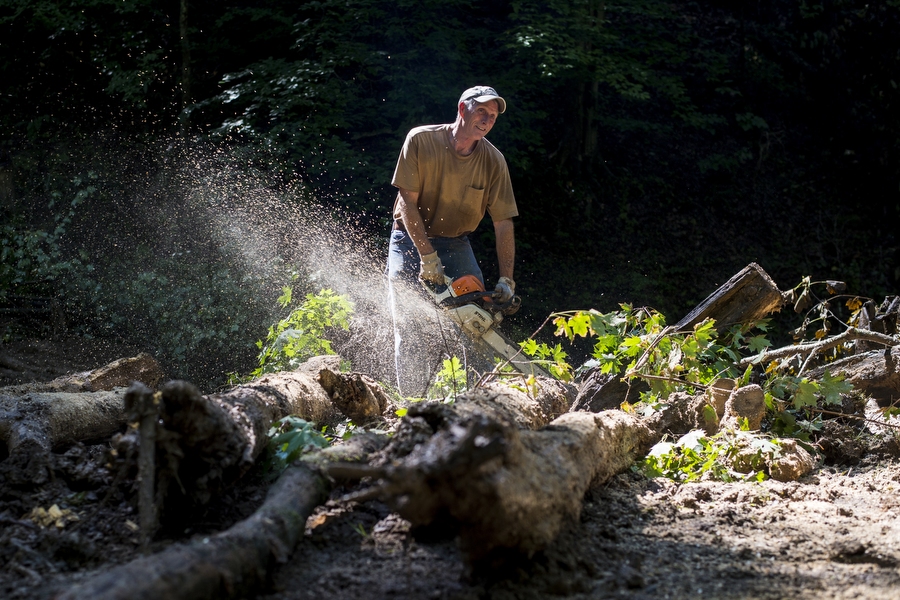 Randy Bennett helps clean up his son Travis Bennett's property, below the hill where his own home sits, after a mudslide, induced by heavy rainfall, caused an overflowing creek to reroute and flood part of Browns Creek Road near St. Albans, Tuesday, July 14. Contractors and neighbors came together to help clean up the washed out area as quickly as possible.

Sunday, July 19, marked the end of my second month in Charleston and my last day working for the Charleston Gazette. On Sunday afternoon, I received word that the Gazette would be merging with the Daily Mail, our direct competitor. These past few days have been a whirlwind, but hopefully once the dust settles the Charleston Gazette-Mail's new resources will allow for more in-depth visual coverage of Charleston, the surrounding communities and the state of West Virginia as a whole.


I am sharing some photos created for assignments over the past few weeks. I've covered the aftermath of flooding that occurred after countless rain storms hit Charleston and the surrounding communities, which is shown in the first several photographs. I've also shot the Greenbrier Classic Golf tournament (to come in a different post), baseball games, community events and a handful of portraits. I am looking forward to exploring more of Charleston and venturing in and out of all the mountains and hollers that this "wild and wonderful" state has to offer as time goes on.

You can read more from our company about the merger in the links below:

Here's another article from an outside source: 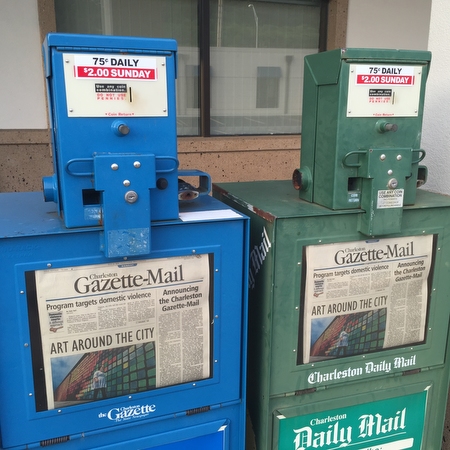 The old Gazette and Daily Mail newspaper boxes sit side-by-side on a street corner in downtown Charleston, Monday, July 20. Both boxes are filled with the first edition of the Charleston Gazette-Mail. 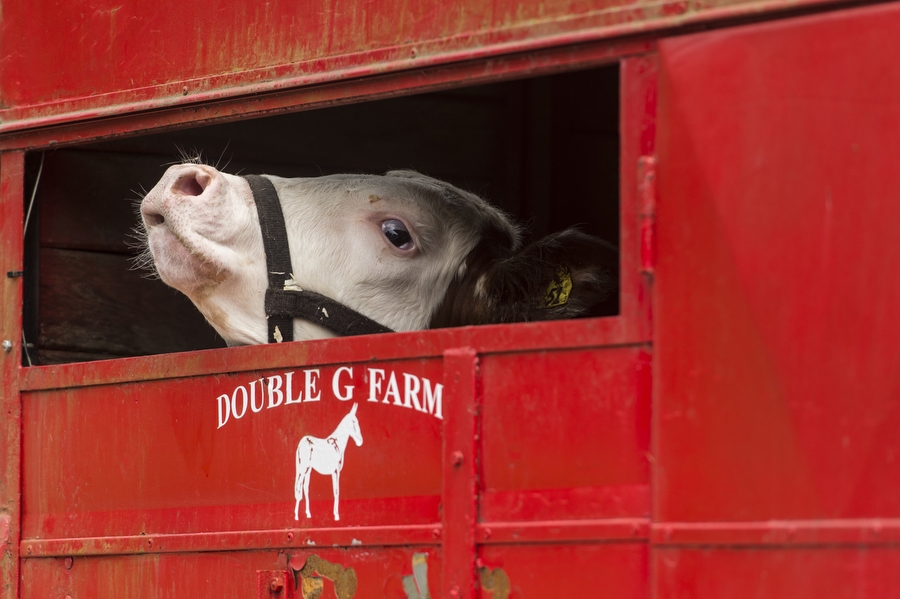 A cow from Double G Farm is hauled out of the fairgrounds in Eleanor after flooding lead officials to call for all animals to be evacuated from the Putnam County Fair, Tuesday morning, July 14, 2015. 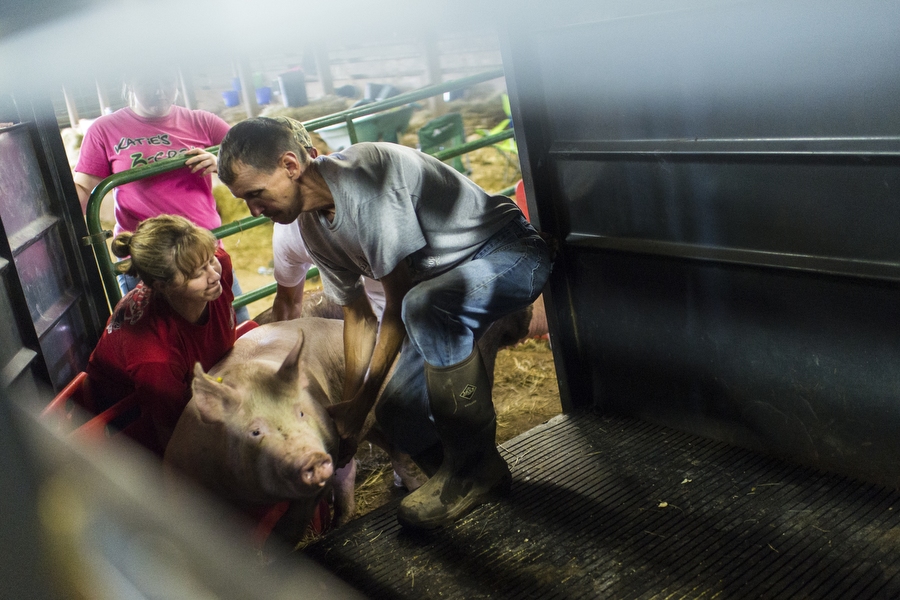 Mary King (left), Joey Goldizen (right), and Tim King load a pig into a trailer after heavy flooding led officials to call for all animals to be evacuated from the Putnam County Fair held at the Ernest Page Jr. Fairgrounds in Eleanor, Tuesday afternoon, July 14, 2015. 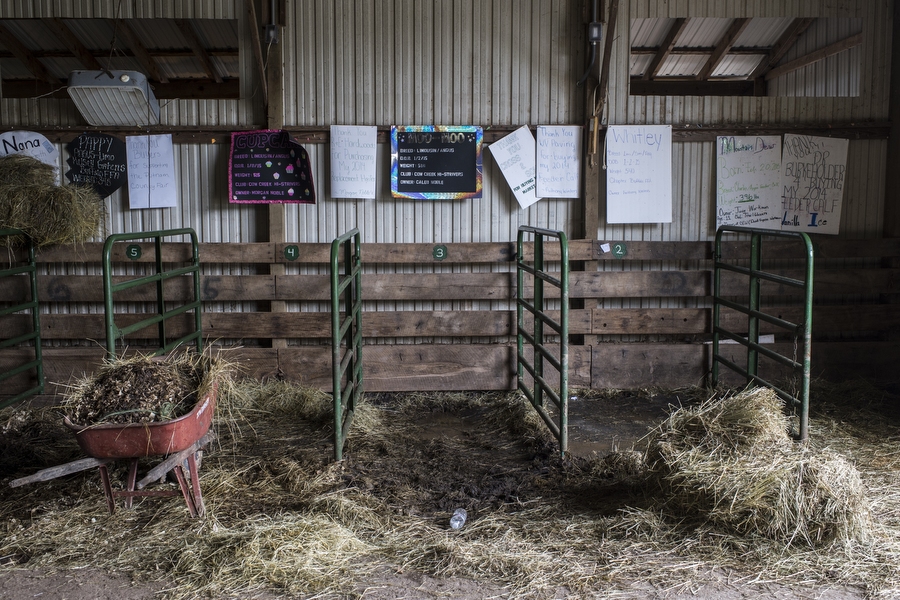 Most of the animal stalls at the Ernest Page Jr. Fairgrounds in Eleanor are empty after heavy flooding led officials to call for all animals to be evacuated from the Putnam County Fair, Tuesday afternoon, July 14, 2015. 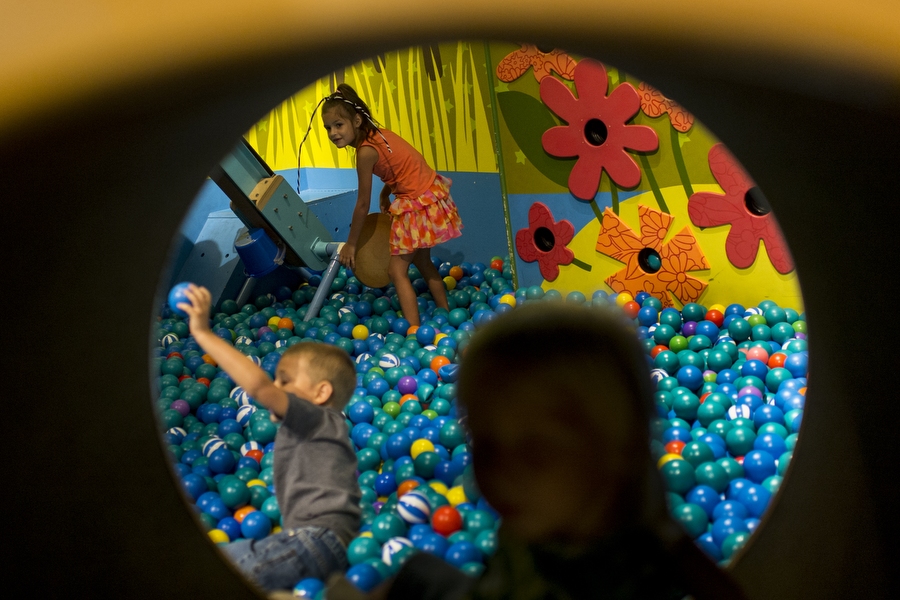 Madison Ondra, 7 (top center) and her brother, Kevin Ondra, 5, (left) play in the KidSpace ball pond as other children weave in and out during the Summer Fun Day held at the Clay Center in Charleston, Sunday, July 12, 2015. Admission to the museums, galleries and shows were free to everyone in attendance as well as free face-painting, ballon animals and live entertainment. 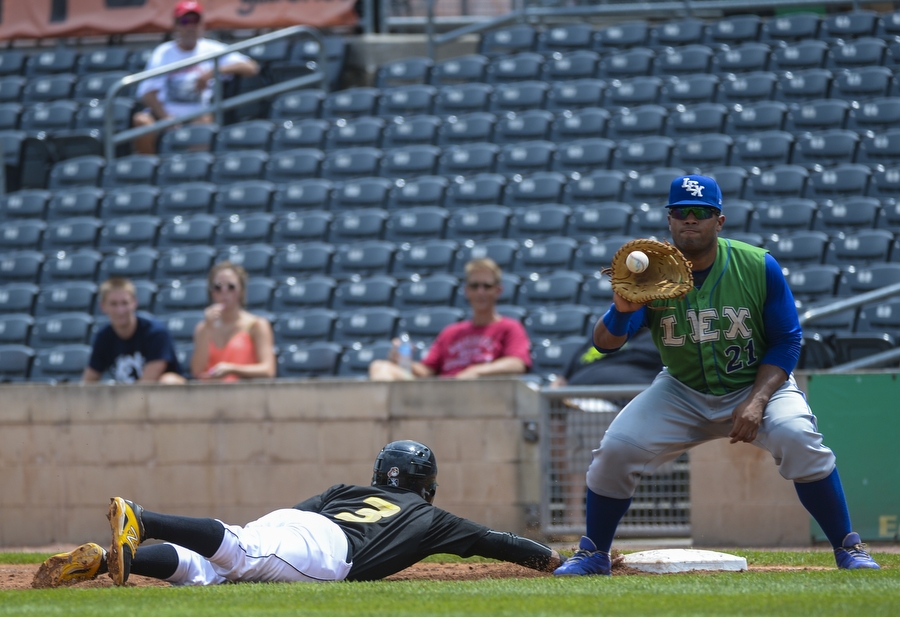 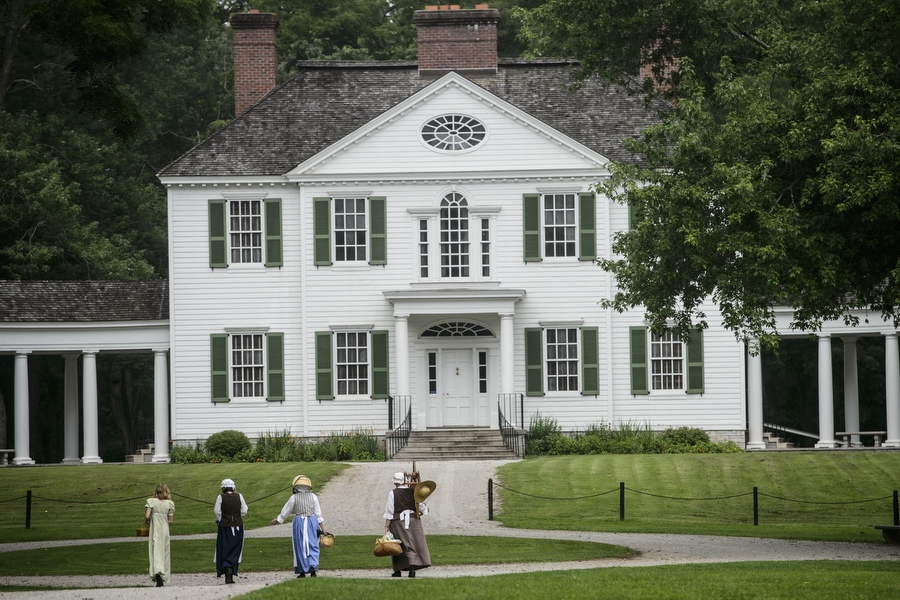 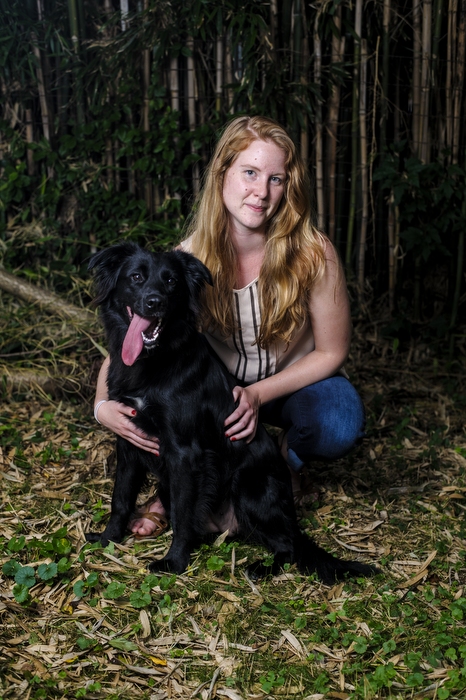 Rachel Molenda, my co-worker at the Charleston Gazette-Mail, with her dog Molly on the East End of Charleston. 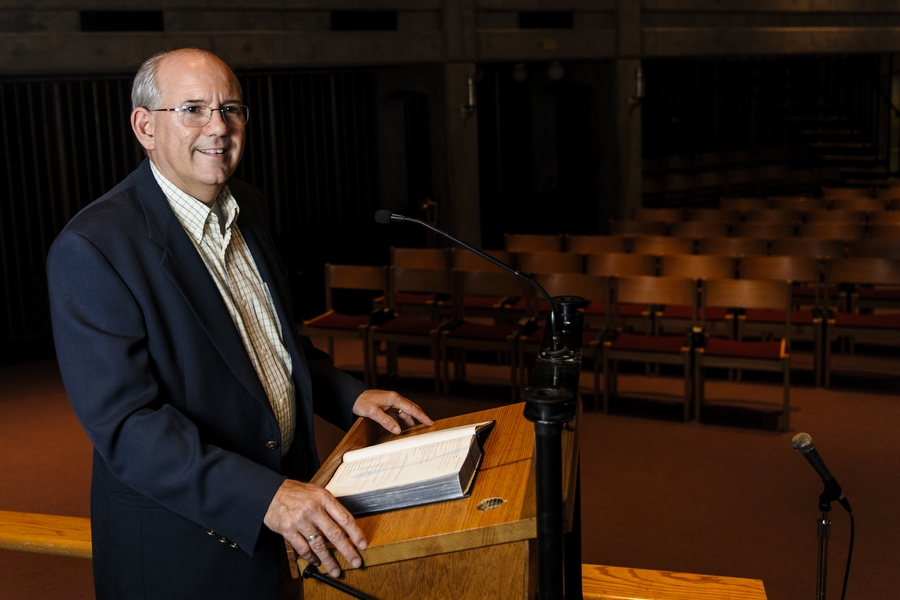 Jay Parkins stands at the pulpit in the sanctuary of Charleston’s Christ Church United Methodist, Wednesday July 9, 2015. Parkins, a native of the Kanawha Valley, recently returned to the area to be the church’s pastor. 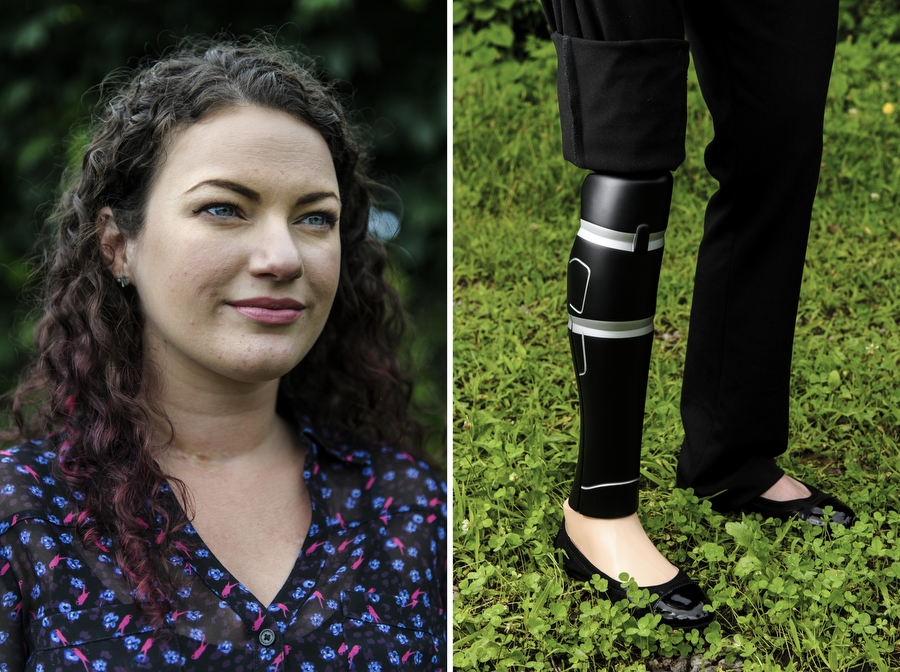 Erin Deegan shows off her prosthetic leg cover, made by UNYQ, Wednesday, July 15, 2015. The California-based company has asked the West Virginia native to model its line of colorful and custom-designed prosthetic coverings. Keegan will be flying to Tucson, Arizona, later this month to model her new prosthetic leg covering for the manufacturer. 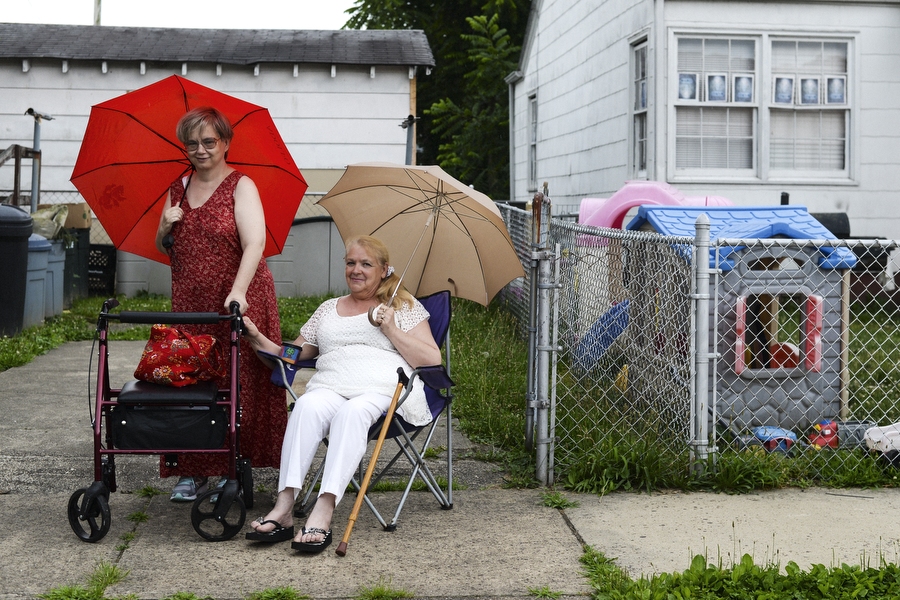 SuAnn Huffman and her sister Beverly Lawerence (right) enjoy a small breeze as light rain falls on the west side of Charleston, West Virginia, June 18, 2015.