Here's to over four months of working and living in Charleston, WV. It's becoming home. 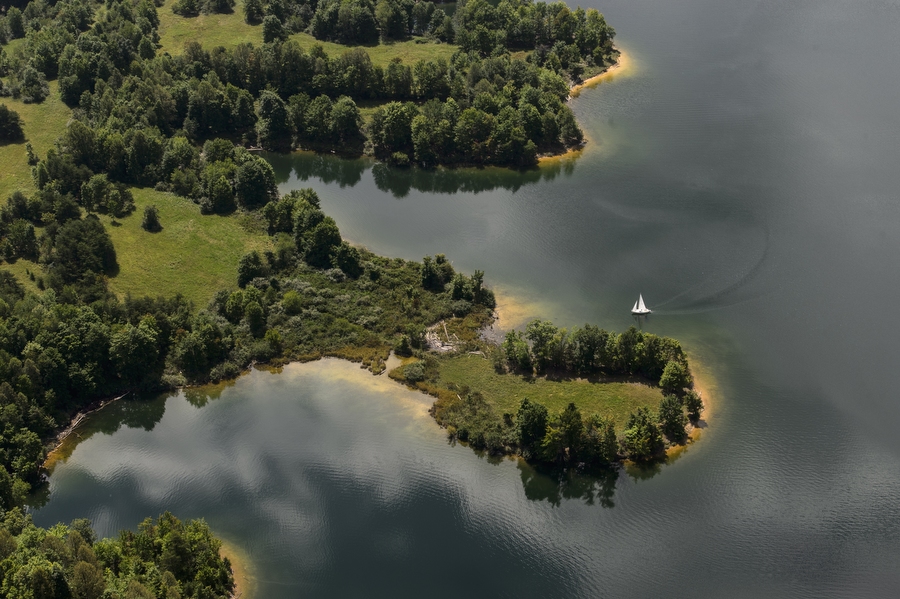 A sailboat makes it's way around Summersville Lake on Saturday afternoon, August 22, 2015. 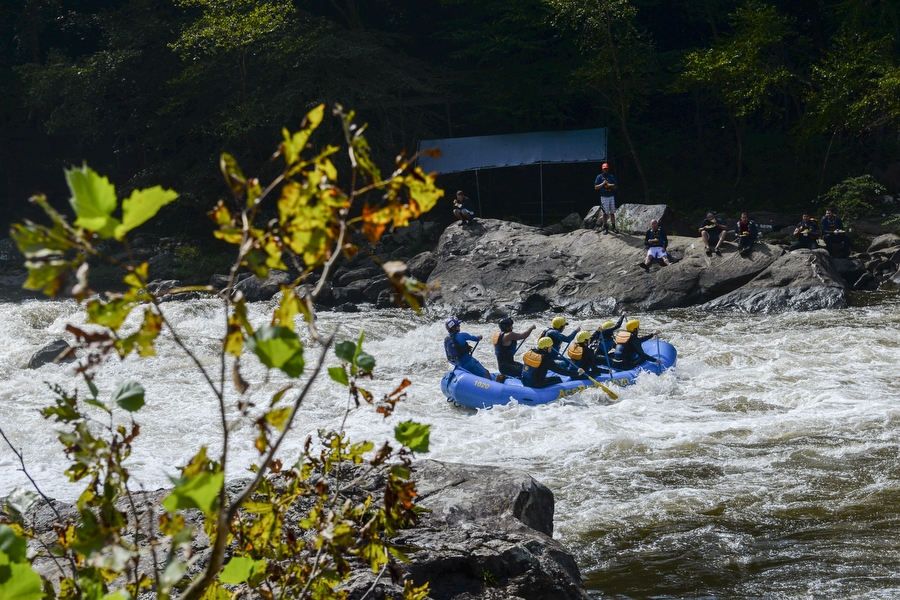 Rafters make their way down Sweet's Falls, one of the many class five rapids, on the Upper Gauley River Friday, September 11, 2015. Hundreds of people carrying kayaks and commercial rafts converged on the base of the Summerville Dam Friday morning for the start of the 22-day Gauley River whitewater season. ** To see GoPro video from my trip down the Gauley River and to read Anna Patrick's first-hand experience story go here: http://www.wvgazettemail.com/article/20150917/GZ05/150919532 ** 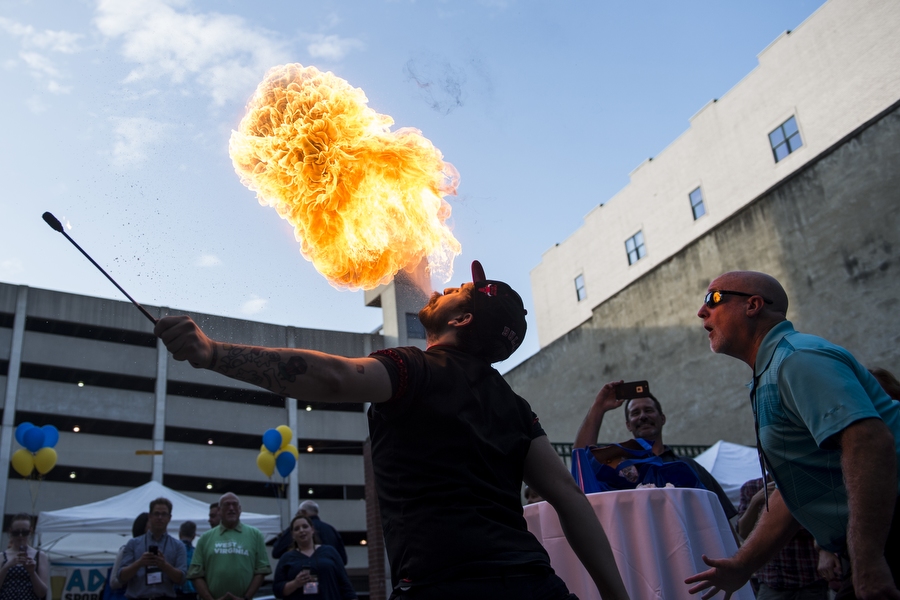 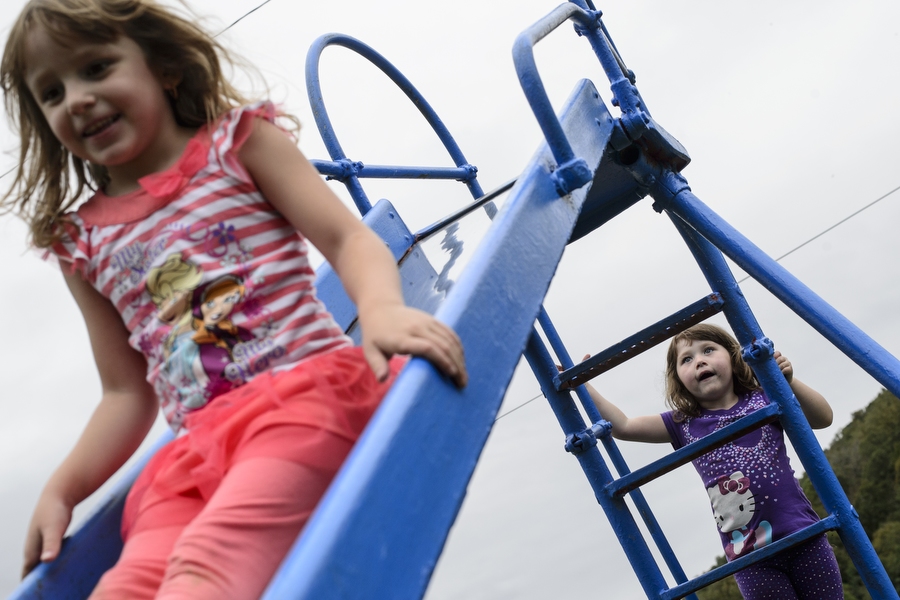 Sophia Vance, 3, climbs up a tall slide as her sister Olivia Vance, 6, glides down it at Ken Ellis Memorial Park in Campbells Creek, Monday afternoon, September 21, 2015. Their grandmother Mary Slone brought the kids and a neighbor's daughter to the park to play after doing homework. 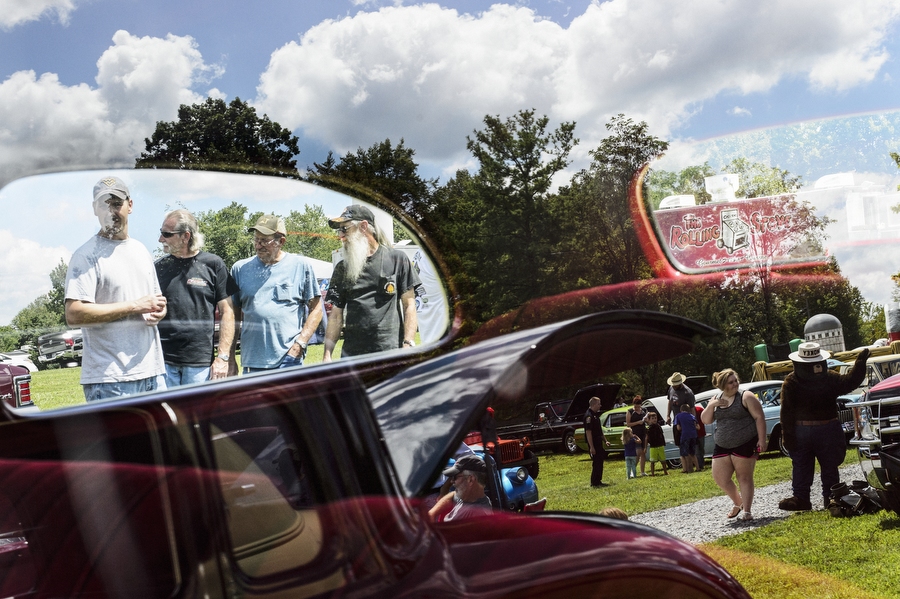 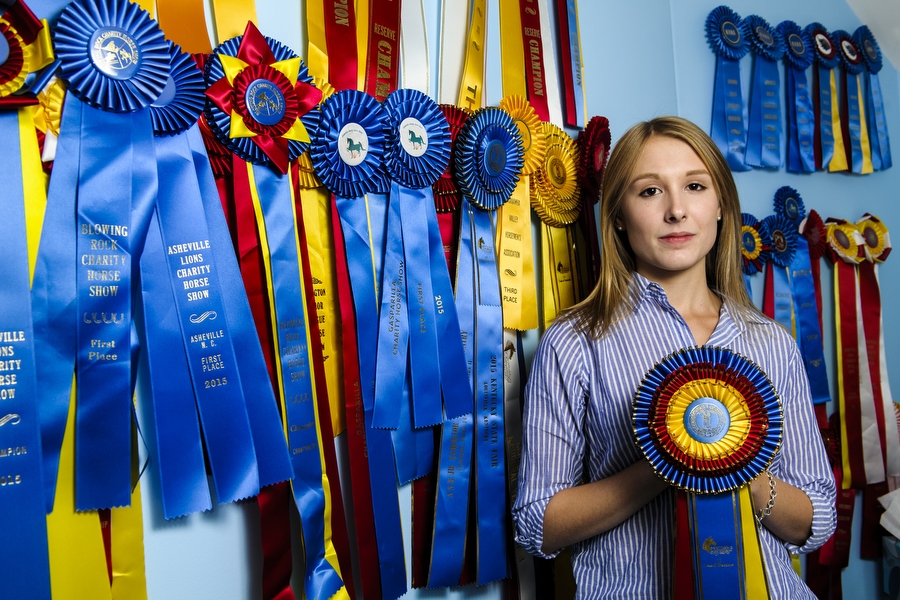 Gretchen Halloran, a 16-year-old junior at George Washington High School, holds her World’s Champion of Champions ribbon as she stands among countless other ribbons she has received for horseback riding in the bedroom of her father and stepmother’s home on Monday evening, September 14, 2015. Halloran won the prestigious world title at the World’s Championship Horse Show held at the Kentucky State Fair in Louisville, Kentucky, from Aug. 22-29. 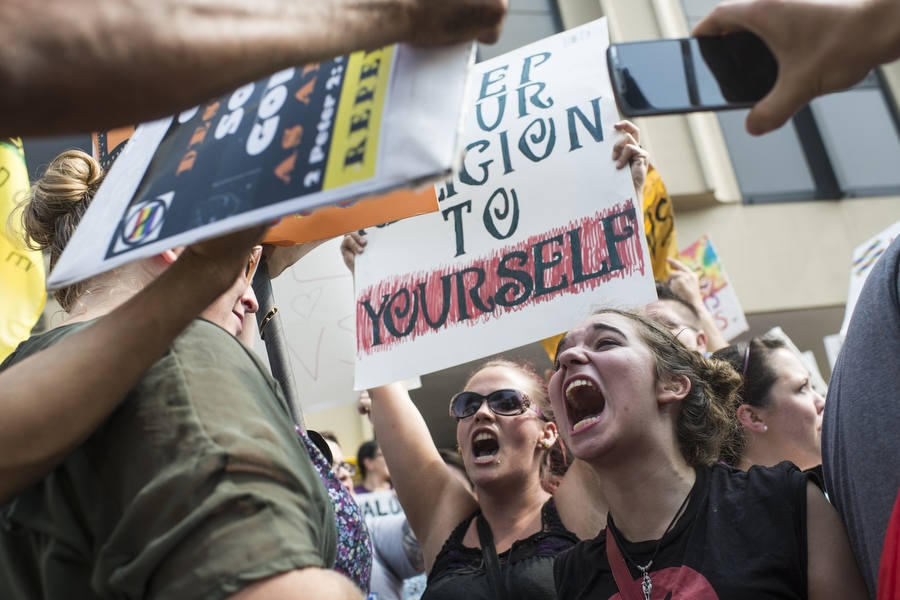 Katy Brennan of Lexington, (right) and Heather Neace of Ashland, (right) chant "love wins" towards protestors holding up signs in support of Kim Davis, the clerk of Rowan County who refused to issue marriage licenses, as they stand outside the Carl Perkins Federal Building, where Davis was ordered to appear in front of a federal court judge in Ashland, Kentucky, Thursday, September 3, 2015. 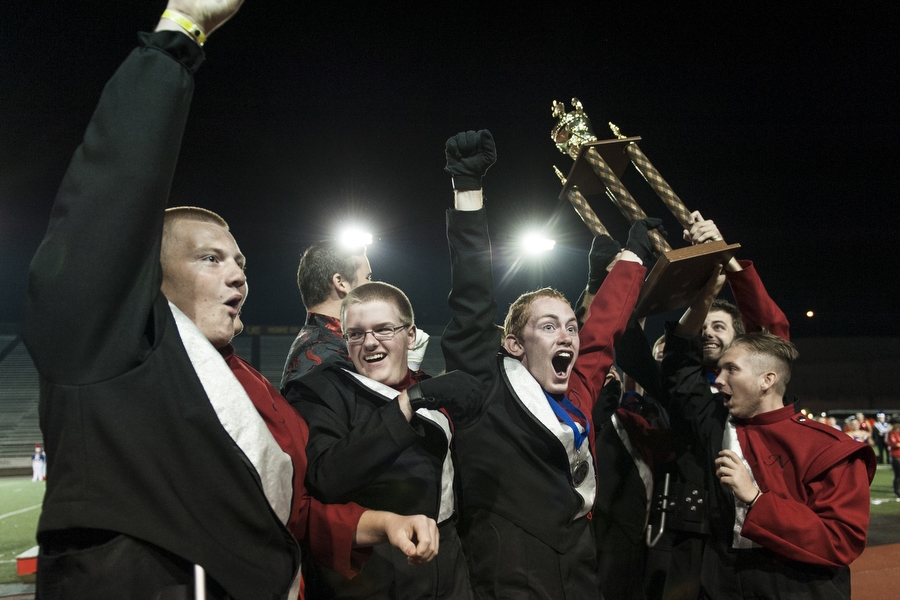 Members of the Nitro High School band celebrate loudly after winning the Festival Grand Champion title during the 69th annual Gazette-Mail Kanawha County Majorette & Band Festival on Laidley Field, Tuesday evening, September 22, 2015. By winning the title of grand champion in the festival, Nitro became the first school in 11 years to take the coveted honor away from Capital High, which had earned the event’s top honor each year since 2004. 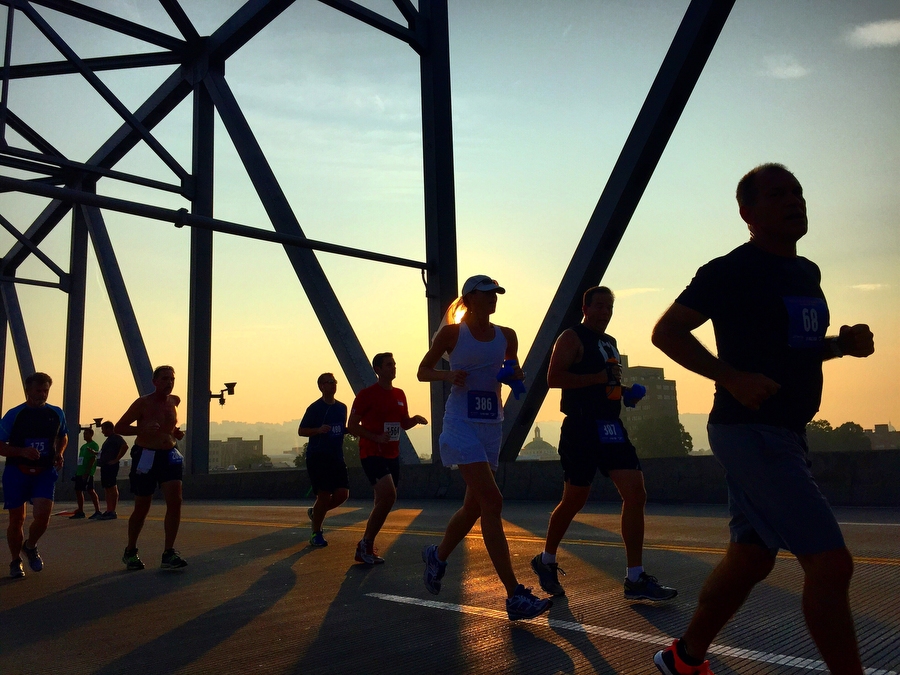 Runners participating in the 15-mile race make their way across the Southside Bridge during the 43rd annual Charleston Distance Run in Charleston, Saturday morning, September 5, 2015. 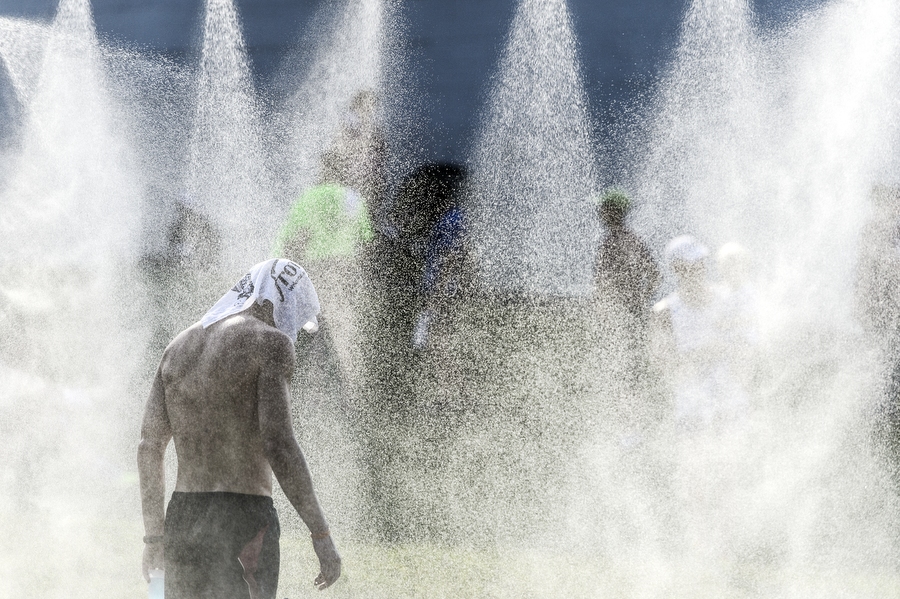 A runner cools off under one of the showers provided by West Virginia American Water after participating in the Charleston Distance Run that ended at Laidley Field in Charleston, Saturday morning, September 5, 2015. 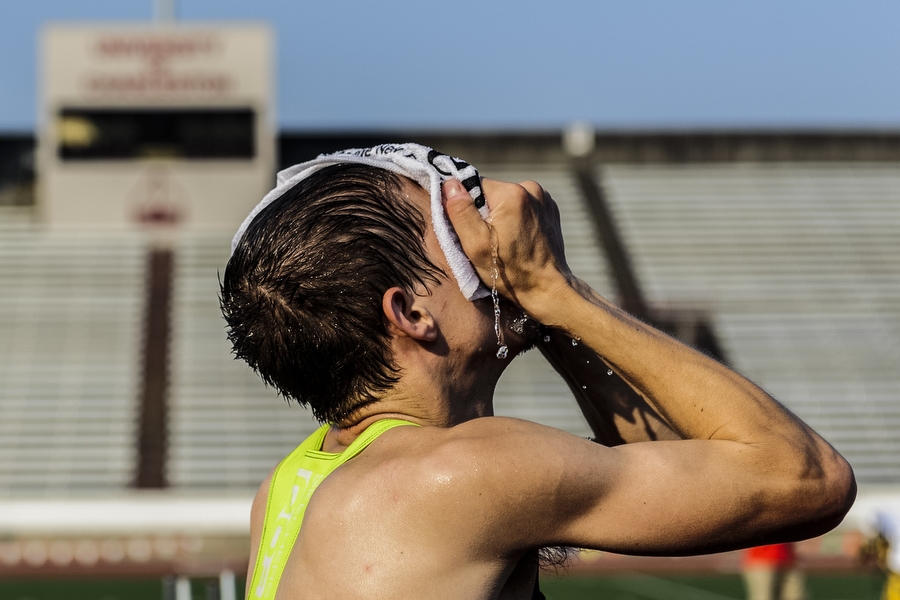 Bryan Morseman, 29, of Bath, NY, uses an ice cold towel to cool off after running over the finish line at the 1 hour and 22 minute mark, making him the first person to finish the 15-mile race, during the 43rd annual Charleston Distance Run in Charleston, Saturday morning, September 5, 2015. Morseman runs races throughout the country to pay medical costs for his son, Leeim, who has spina bifida. 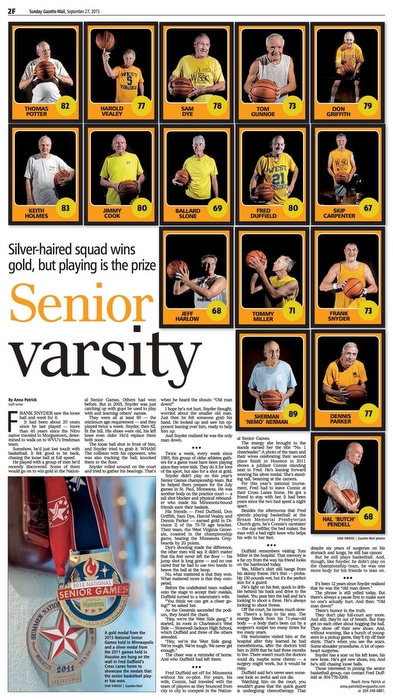 Reporter Anna Patrick and I worked on a story about a Senior basketball team that plays together every Wednesday and Friday for a couple hours at a time in a small church gym on the west side of Charleston. All of them are ages 60+ and they could probably run circles around me on the court. I documented their practice a couple times and then decided I wanted to try making portraits of them as well. In the end, I preferred the portraits because I thought the personalities of the guys came out much clearer. 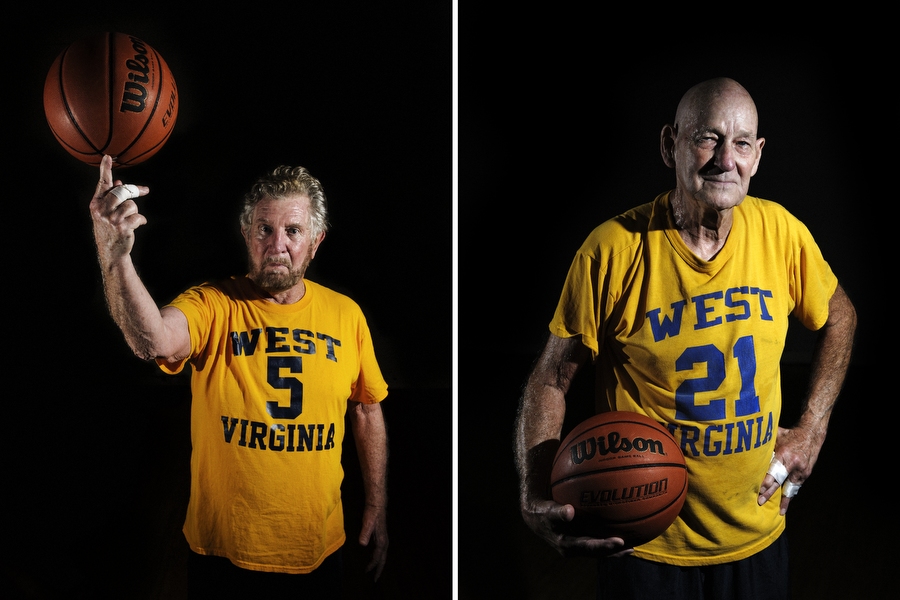 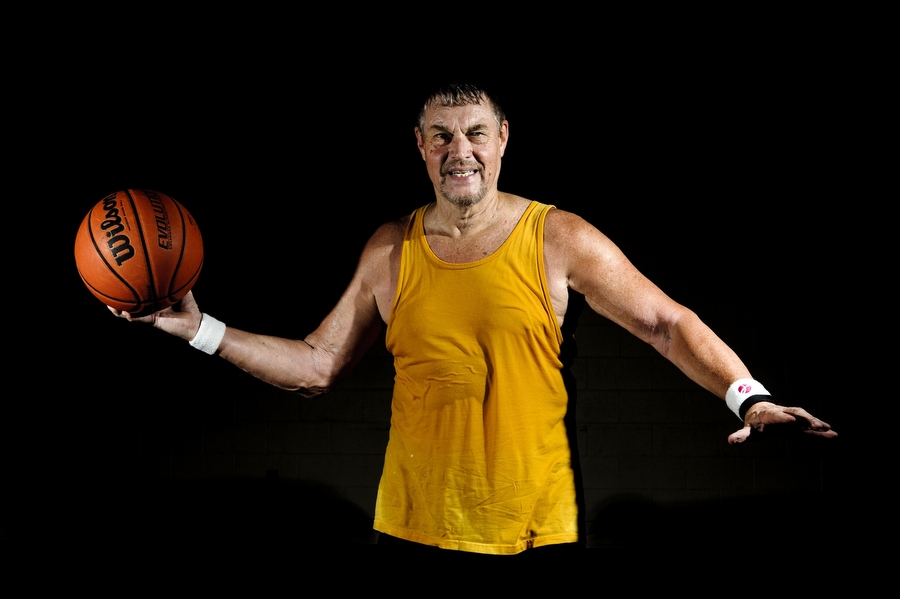 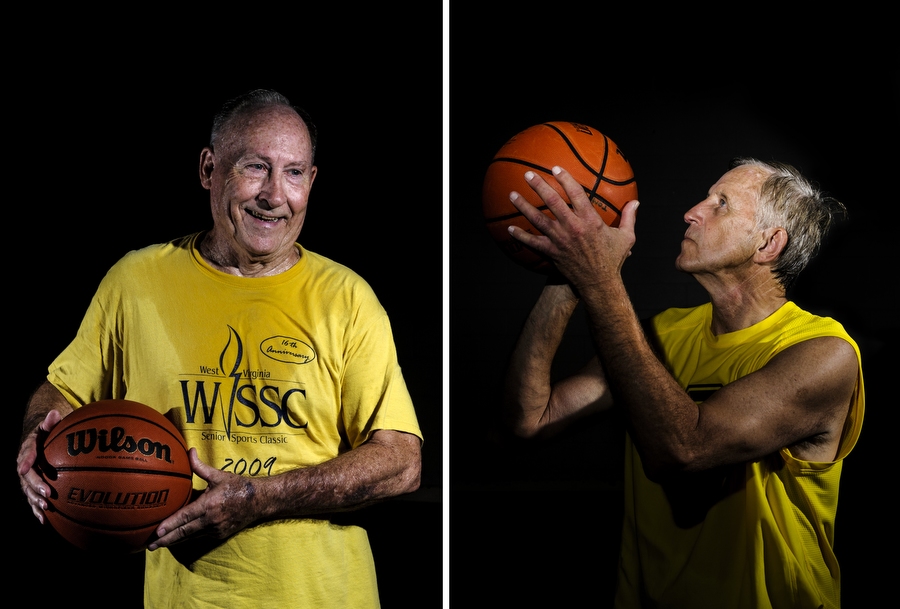 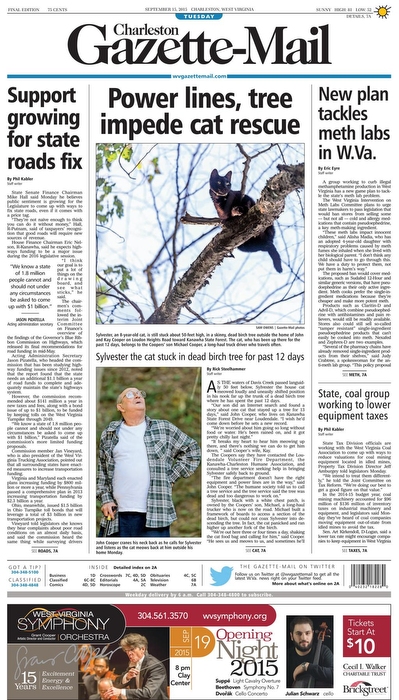 One afternoon I got a text from my editor saying "we have a cat up a tree story for you to do." I thought it was a euphemism for some silly assignment, little did I know he was being completely serious. Poor Sylvester was stuck in a tree for over 12 days. After our story ran, a tree cutter named Clifton Moss showed up to to the Coopers' home for a successful rescue mission. The photos weren't amazing, but I enjoyed having a cat photo of mine on A1.