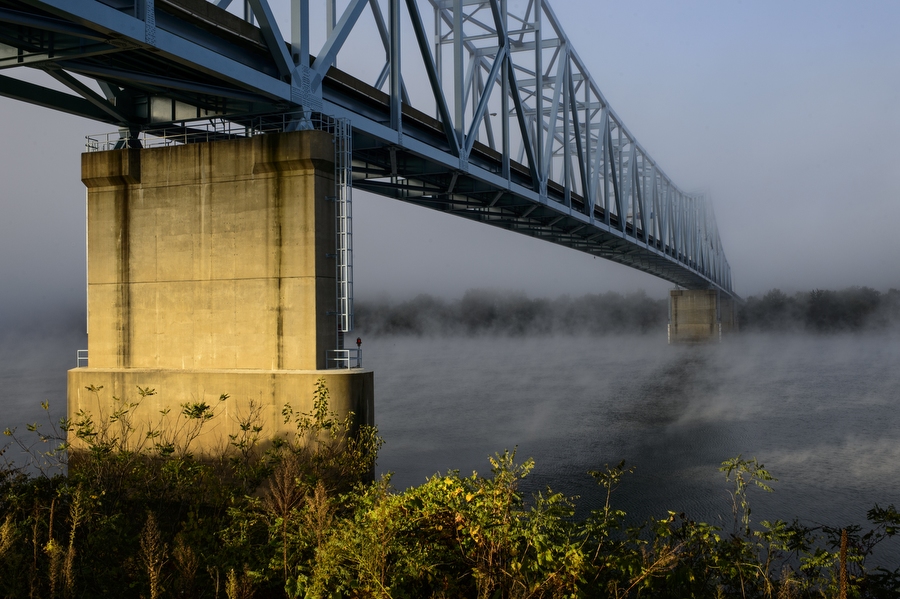 Here are some photos from my fifth month of being a Charleston resident. It certainly doesn't feel like I've been living here for that long. I started my job at the Charleston Gazette-Mail in late spring and now winter is almost upon us. The landscape is changing, the leaves are turning brown and crispy before being knocked off the trees completely on rainy or windy days.Time continues to pass faster and faster. Halloween is over and now it's on to Thanksgiving, Christmas and a new year! 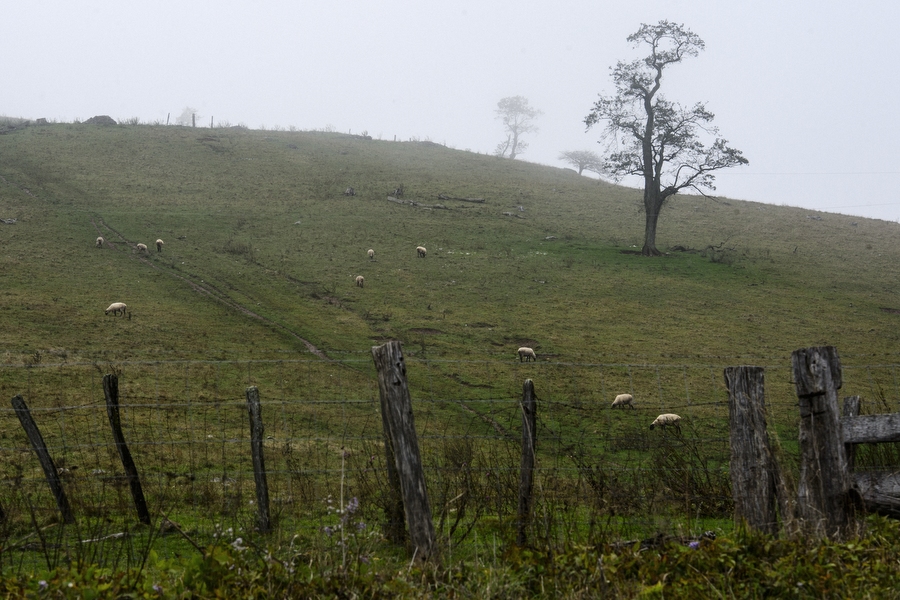 Sheep graze on farm land near the side of the road in Randolph County, West Virginia, October 4, 2015. 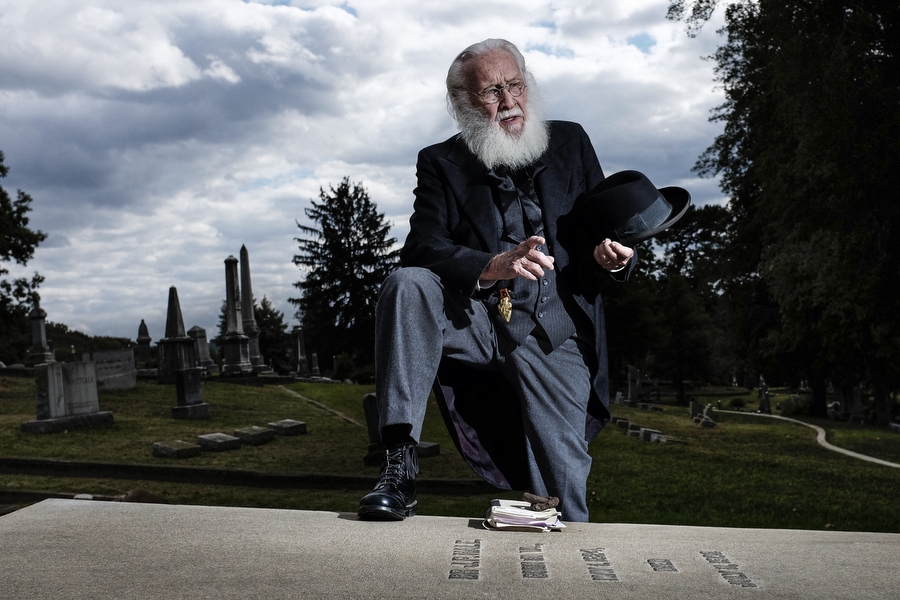 Bob Weiford stands at the grave site of Dr. John P. Hale, mayor of Charleston in 1870 and a key figure in establishing the town, in Spring Hill Cemetery, Tuesday afternoon, October 13, 2015. Weiford will impersonate Hale during the Charleston’s Founding Fathers event at the cemetery for FestiFall on Sunday, October 25, from 1-4 p.m. 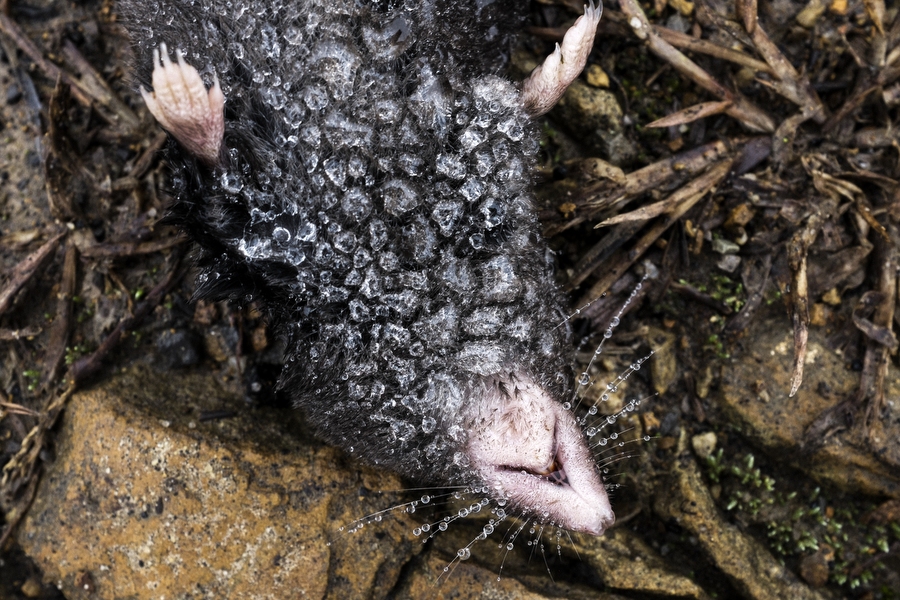 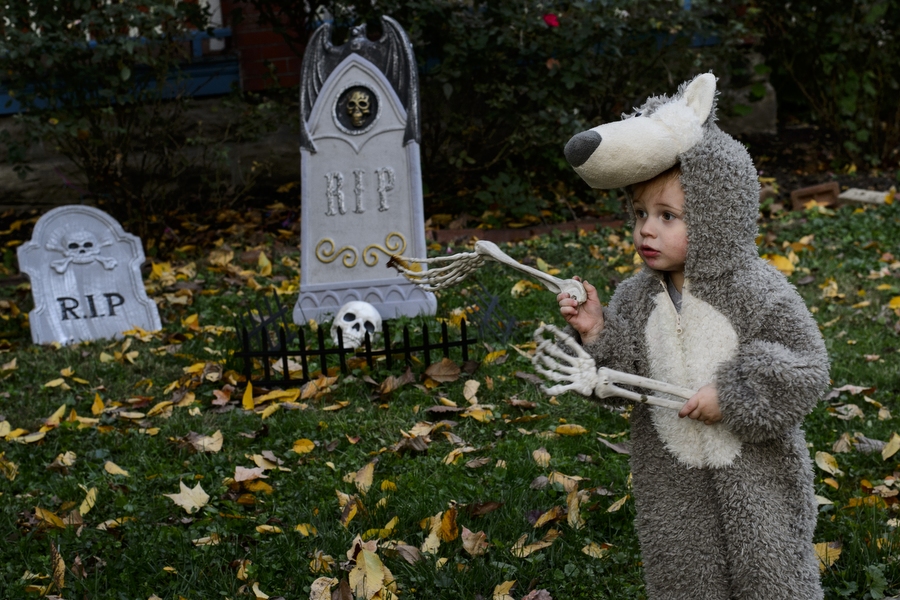 John Henry Dunlap plays with decorative skeleton arms he stole from a fake yard grave before the start of the City of Charleston's designated Trick-or-Treat night on the East End, from 6 p.m. to 8 p.m., Thursday evening, October 29, 2015. He, his older sister and other children traveled in a big group went from house to house to collect candy through out the evening. 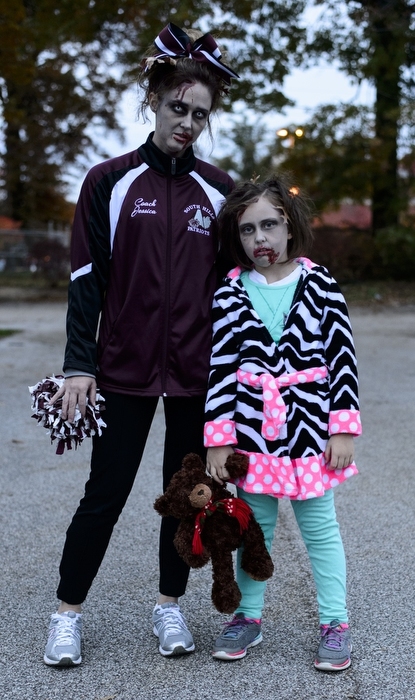 Jessica Brisendine and her daughter Sophia Brisendine, 7, pose as zombies before preparing to fill Lee Street with other zombies journeying from Moxxee Coffee on Morris Street to Elizabeth Street on the East End of Charleston, Saturday evening, October 31, 2015. 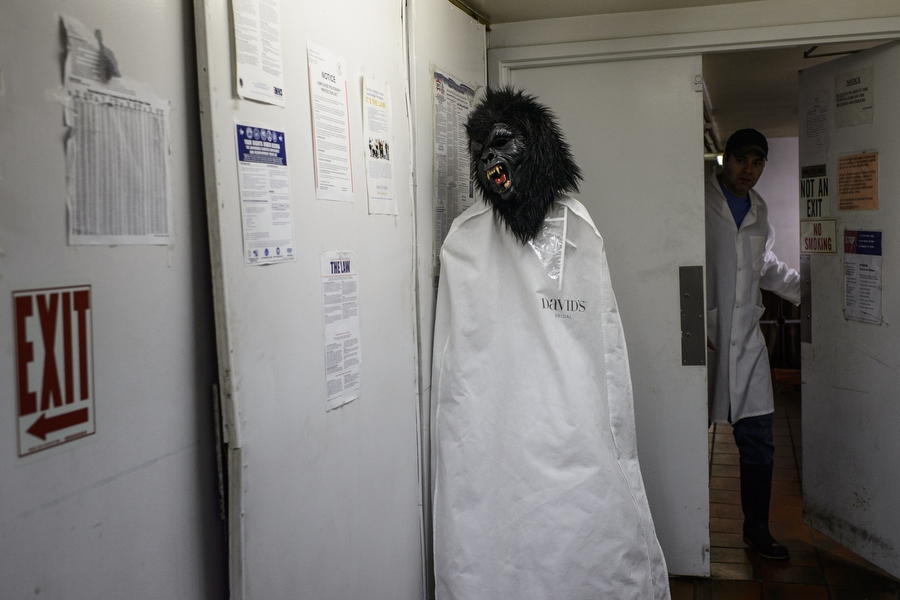 A gorilla mask hangs on top of a wedding dress bag near the time clock area as an employee walks through the door at Gunnoe Farms Sausage and Salad on Oakridge Drive in Charleston, Friday, October 30, 2015. 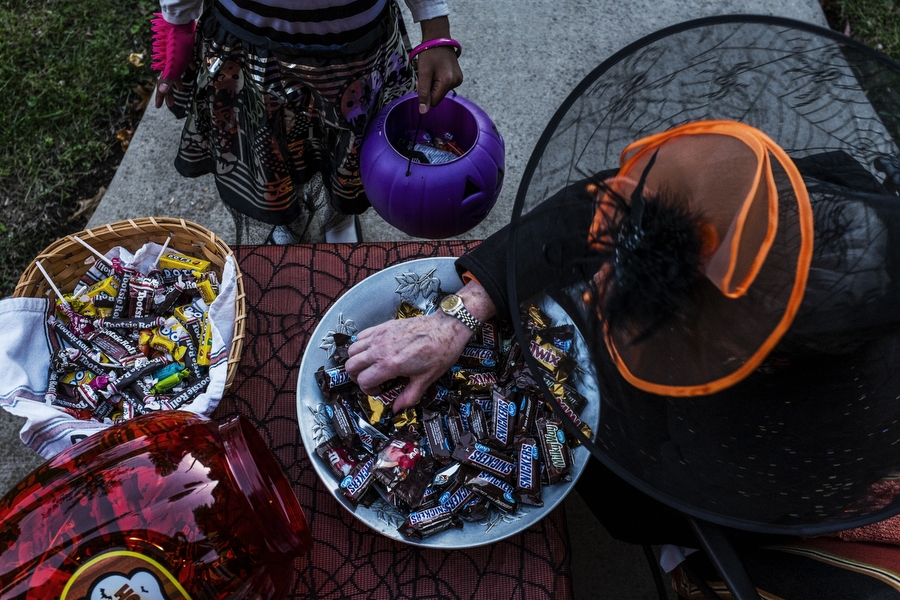 Carolyn Zain, a resident of the East End for 29 years, passes out candy and pretzels to children of all ages during the City of Charleston's designated Trick-or-Treat night on the East End, from 6 p.m. to 8 p.m., Thursday evening, October 29, 2015. "Kids will do anything for candy," she remarked, as she watched a boy hop along the streets on crutches. 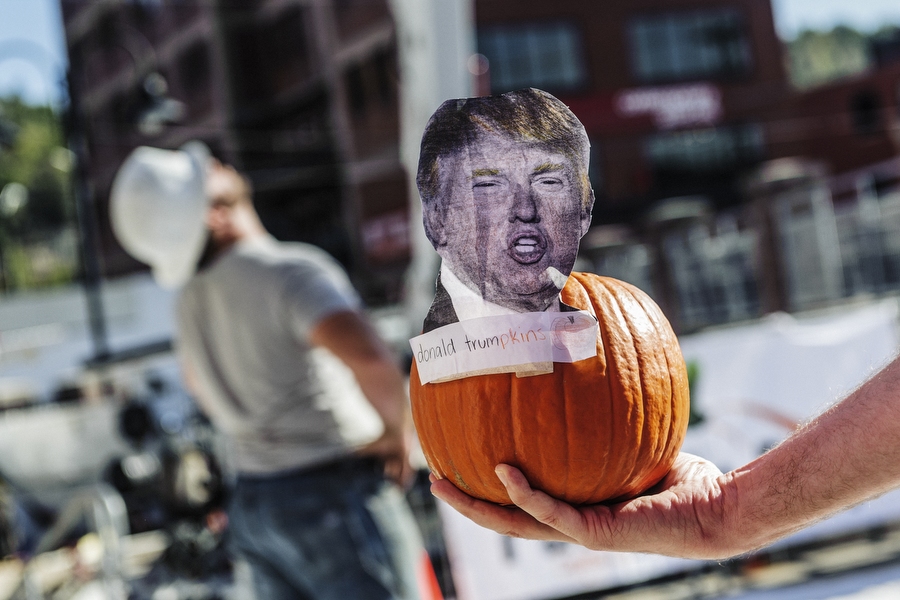 Winfield Middle School students brought a Donald "Trumpkin" with them to watch the 17th Annual Capitol City Pumpkin Drop at Appalachian Power Park in Charleston, Thursday, October 15, 2015. More than twelve hundred students from 39 schools located in 12 West Virginia counties participated in the event. The pumpkins were judged by a team of faculty and staff from BridgeValley Community and Technical College, who will determine whether the pumpkins stayed intact and the proximity to the target. 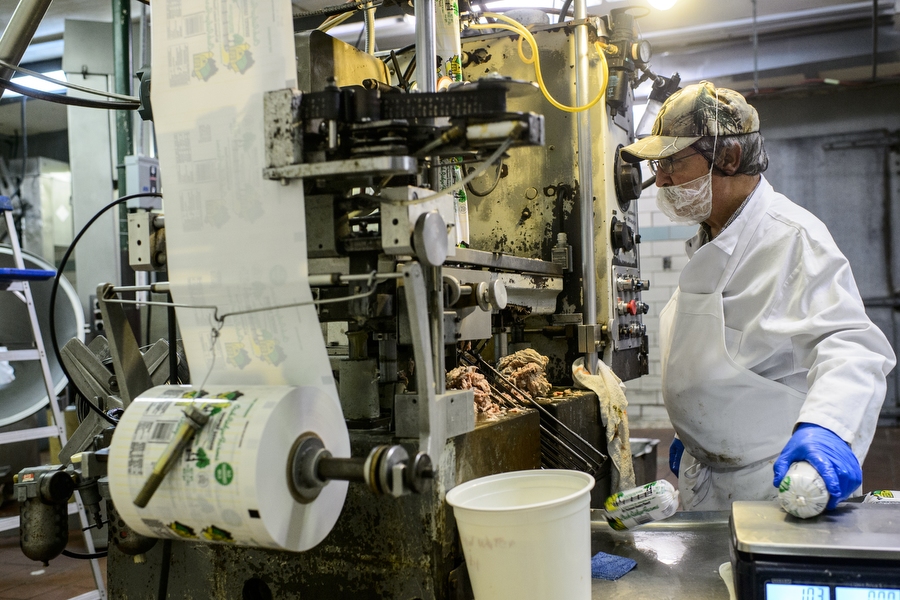 General Manager Wayne Pence weighs freshly packaged sausage after it comes out of the K Pack sealing machine at Gunnoe Farms Sausage and Salad on Oakridge Drive in Charleston, Friday, October 30, 2015. Gunnoe Farms is a 68-year-old company that specializes in sausages and meat salads. 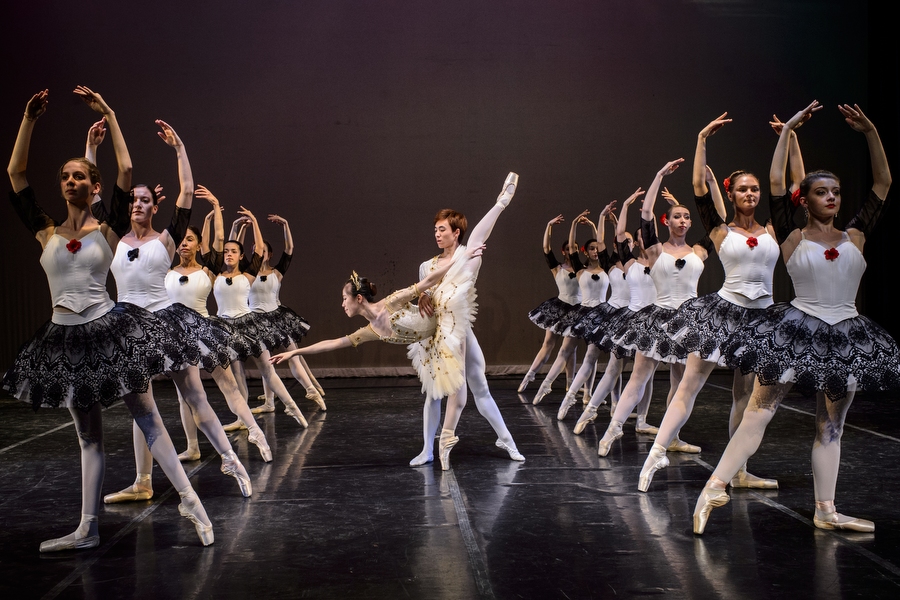 Charleston Ballet Company performs with the Columbia Ballet Company during a dress rehearsal at the Civic Center Little Theater in Charleston, Tuesday, October 20, 2015.