One School, One God.

Throughout the month of September I photographed a small christian school in Belpre, Ohio, which is about 40 minutes from Athens. After doing some research I was immediately intrigued by the small size of Belpre Christian Academy. I grew up in the suburbs attending fairly large public schools (elementary, middle, and high) with no religious affiliation whatsoever. The faculty and students welcomed me with open arms and were very open about their practices as I photographed and interviewed various members of the school. 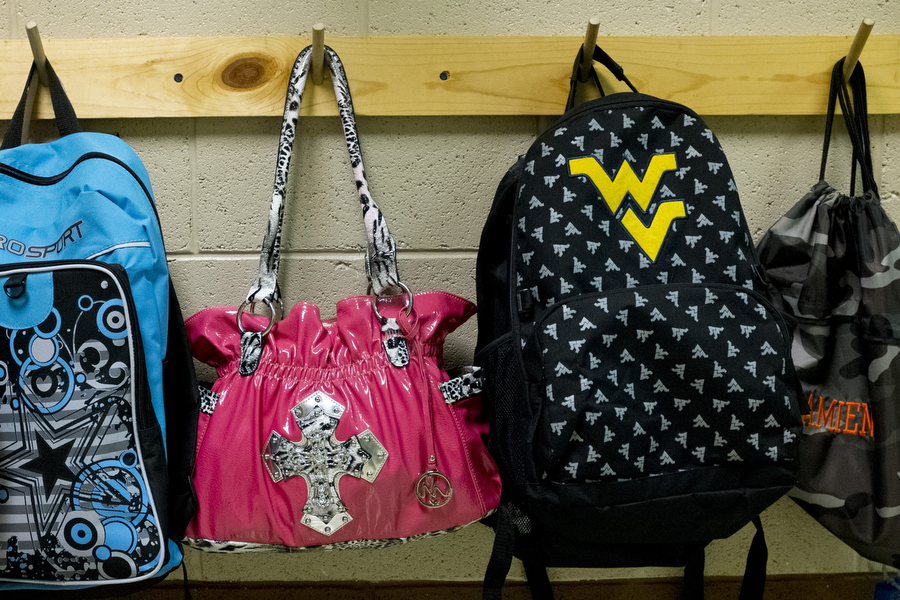 Belpre Christian Academy’s mission is simple: to give students a high-quality education tightly wrapped around a strong Christian foundation. With a mere 34 enrolled students, ranging from second to twelfth grade this year, and four full-time faculty members, the school naturally exudes its own persona.

Principal Eric Fullerton says, “We strive to be the best fit for the students that God sends us.” 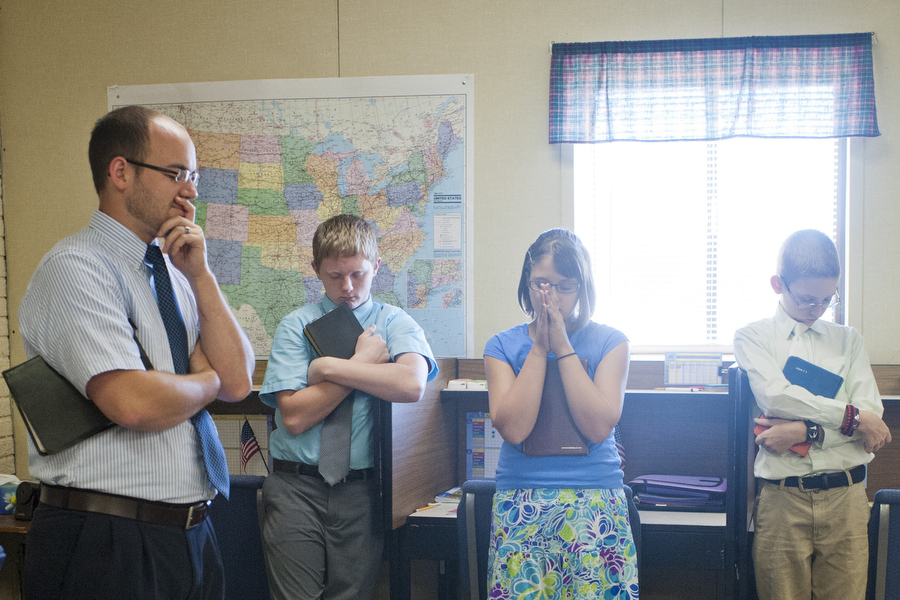 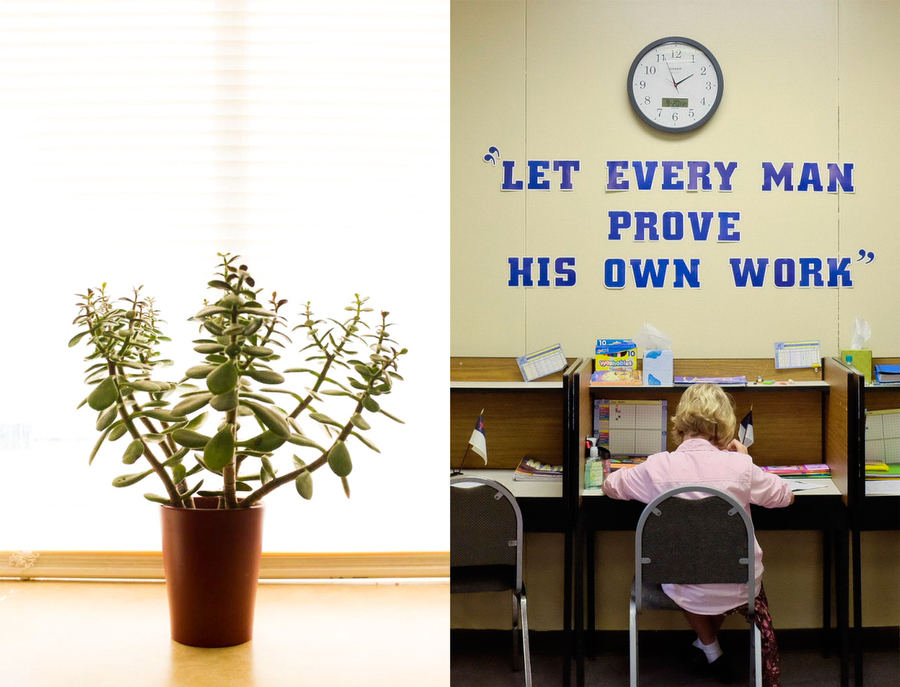 There is an imaginary line splitting the classroom in half dividing between a lower learning center, kindergarten through sixth grade, and a higher learning center, seventh through twelfth grade. Individual cubicles line each wall, facing inwards. The workspaces have affectionately been named “offices” to foster a sense of personal responsibility.  Each desk has a mini American and Christian flag to set on the top shelf to signify when help is needed. Students are expected to work quietly on self-paced workbook pages at their desks. If they are stuck or need to check their answers, then the flags go up. 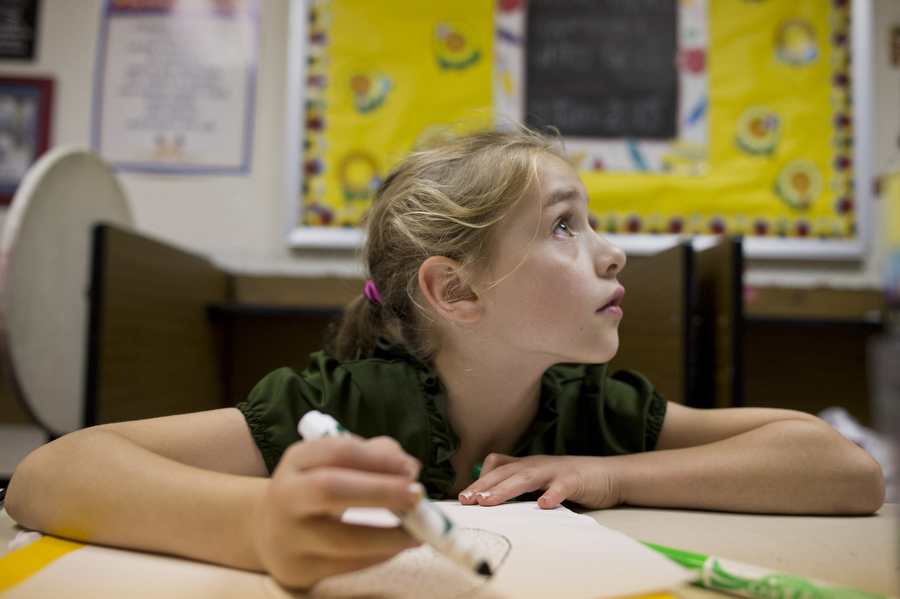 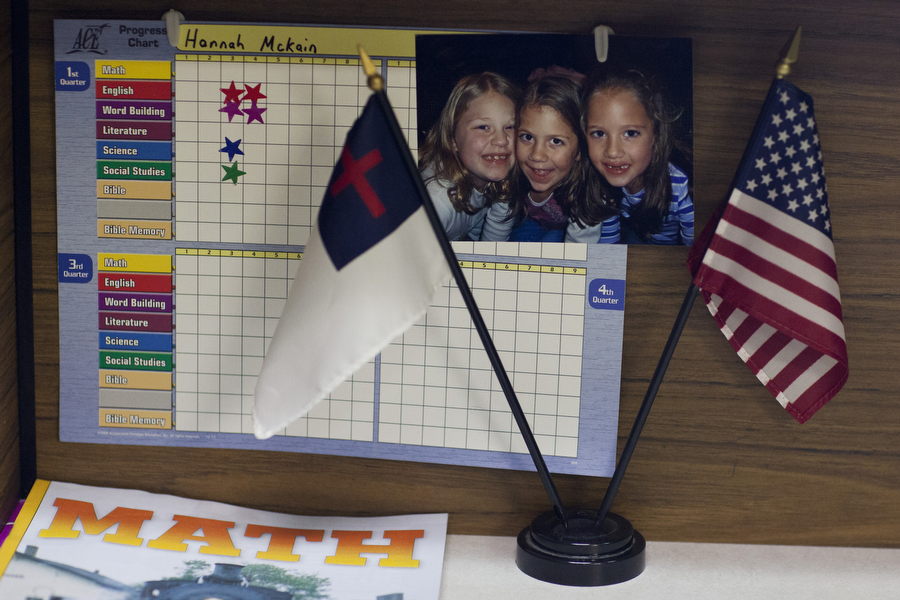 “Every child is different. Out of all 34 children here, they all learn differently and at their own pace,” Principal Fullerton said. “We work on a mastery based curriculum. Here you master the material before you move on. There are no unfinished paces at the end of the quarter; you finish or you don’t move on.” 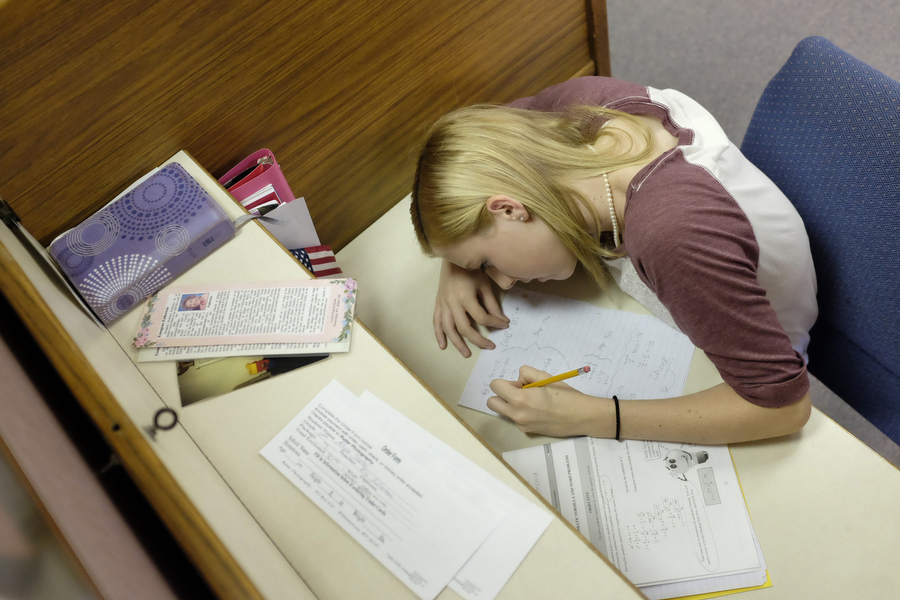 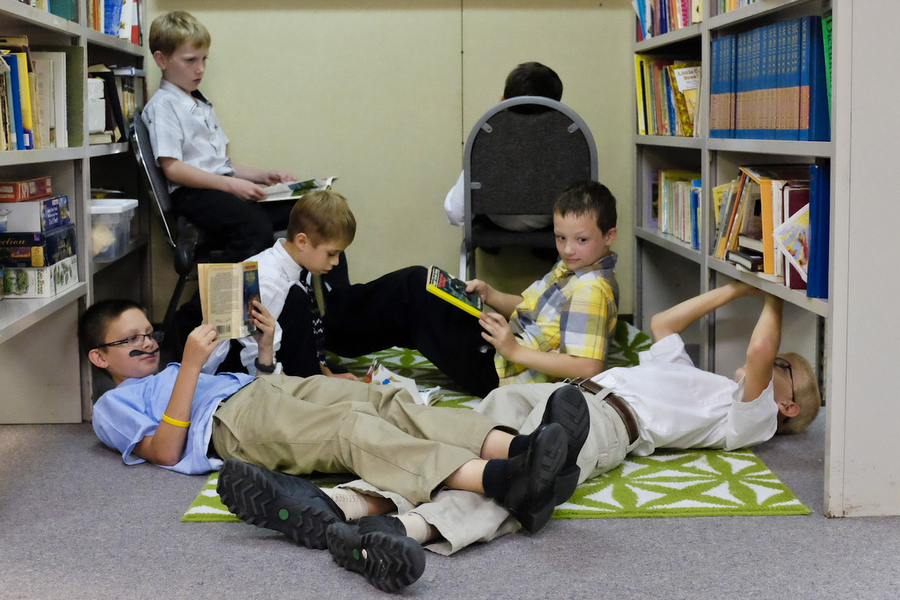 The curriculum requires students to achieve a score of 80 percent or above on all the content in which they are accessed. If the percentage has not been met, it will have to be re-tested until the goal is achieved. 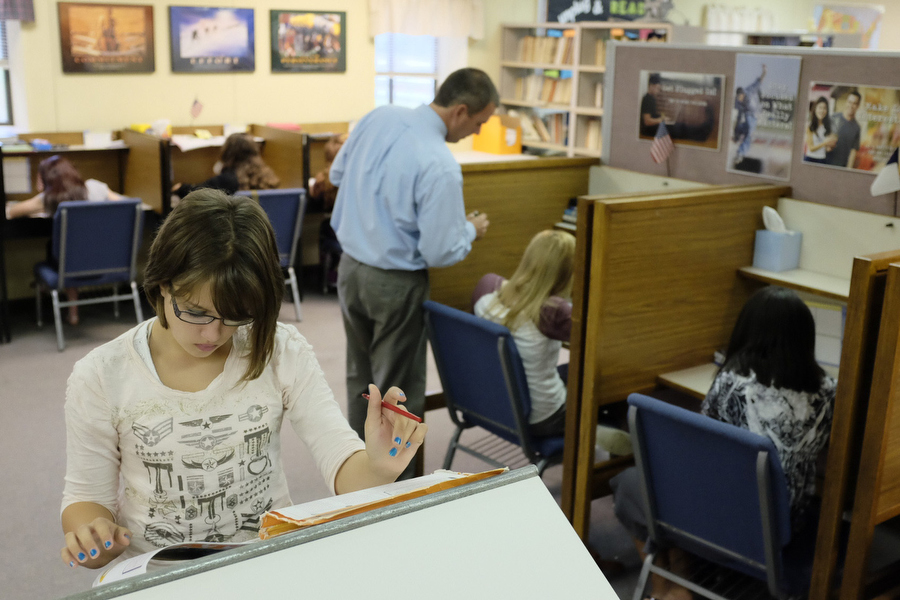 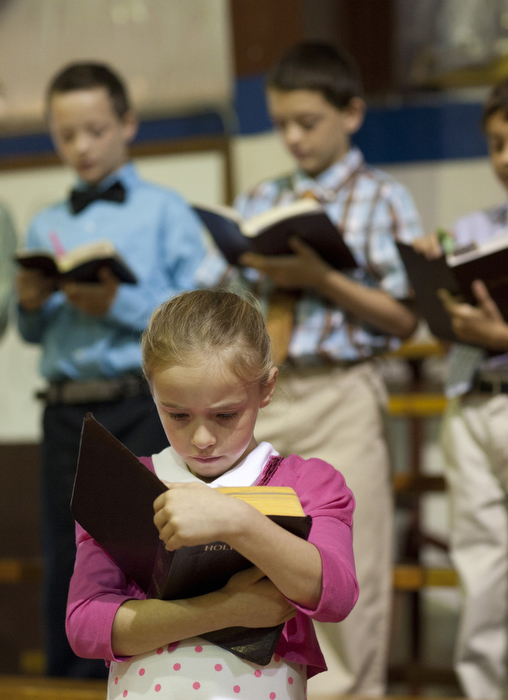 With no state funding, the school registers as a non-profit and makes money mainly through fundraising and tuition prices.

“We turn no one away for financial reasons. If a parent cannot pay, it’s ok. If they want a good Christian education and they want to work with us and possibly volunteer to help out around the school we work something out,” Principal Eric Fullerton said. 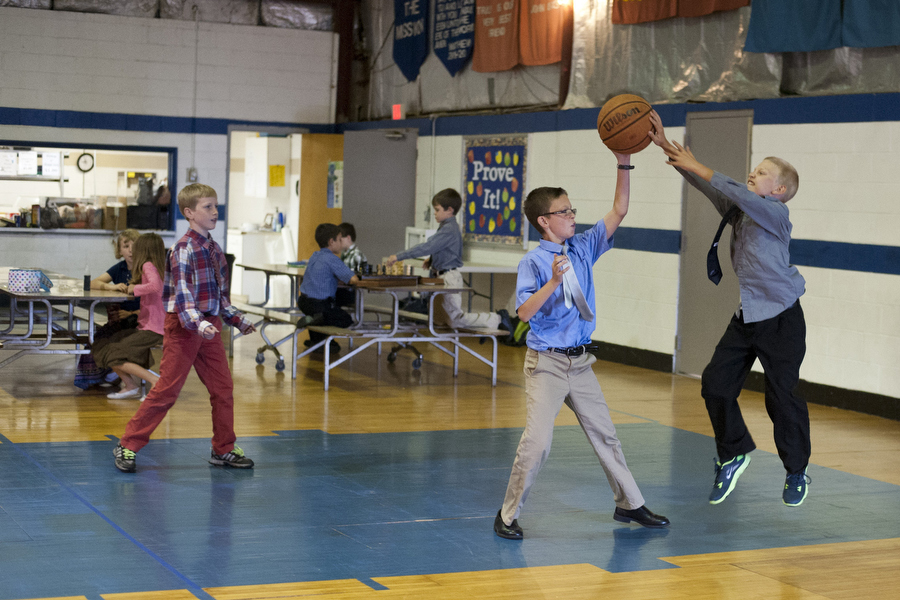 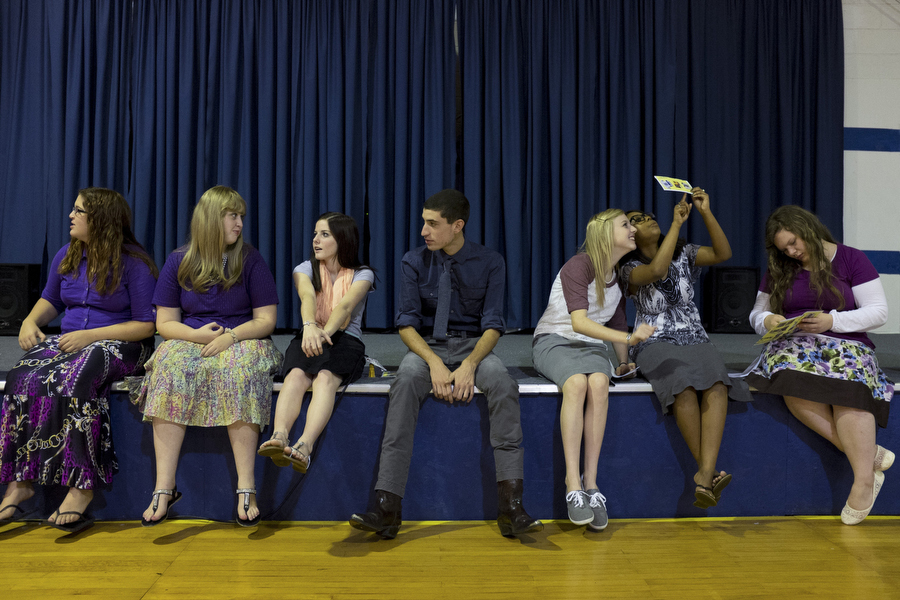 BCA has been an educational institution for the past 41 years; only 19 of those years have been spent in the small building that currently houses the faculty and students. Old sports trophies dating as far back as the 1980’s are stacked on shelves against one of the walls in the main hallway where student lockers are housed. The classroom and the hallway are both attached to the un-air conditioned gym complete with bleachers, basketball hoops and a retractable volleyball net. A sense of community is created in the gym, which is used as a daily opening-assembly space, a cafeteria, and place to blow off some steam during recess. 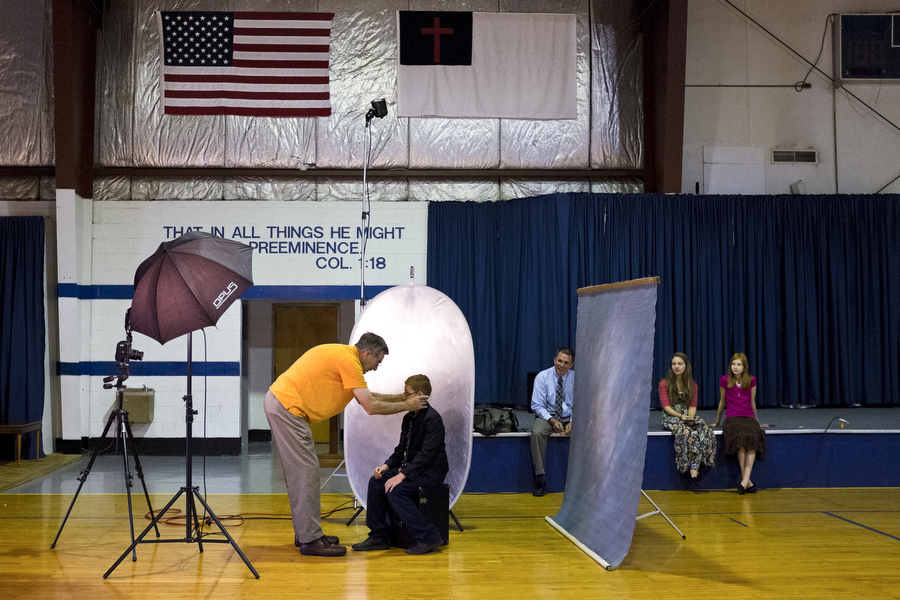 “Kids these days don’t realize how lucky we are to have a gym to use for every day activities,” BCA School Administrator and Pastor of Calvary Community Church Ken Fullerton said. “Recess amounted to playing shuffle board in the hallways of the church or running around outside when this school first opened.”

Ken Fullerton has been the pastor of Calvary for over 23 years and a BCA school coach and physical education teacher 15 years before that. He has experienced what BCA has to offer as an educator and eventually a parent. He happens to be Principal Eric Fullerton’s father, a 1993 BCA graduate. Family ties continue to run strong throughout the faculty of the school. Ken is married to one of the teachers, Elaine Fullerton, and father-in-law to another, Michelle Fullerton (Eric’s wife). 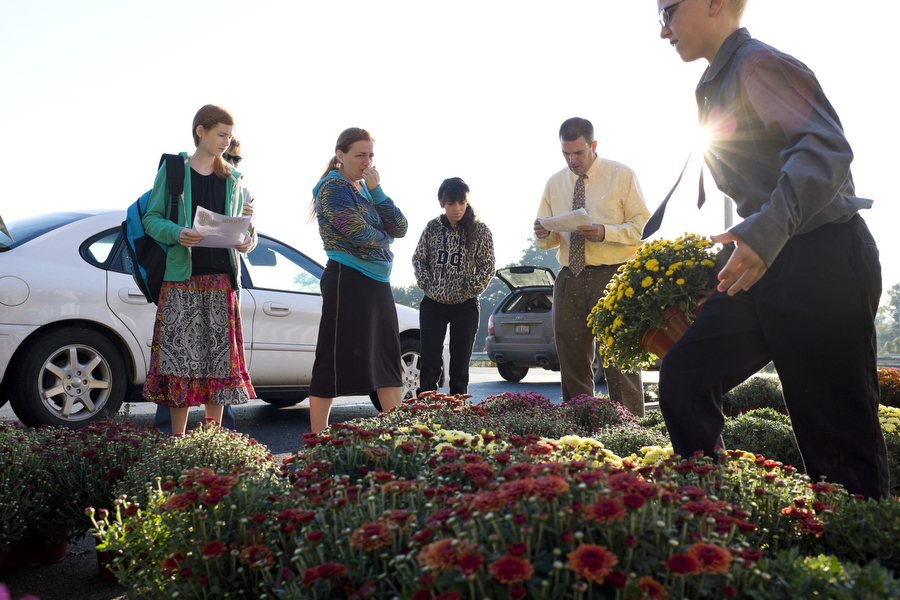 It was not Ken Fullerton’s original dream to have his son be the principal of the school, but Eric stepped up to the plate when the past principal, Mr. Nut, retired nine years ago.

“I never thought I would be back in the mid-Ohio valley teaching. When my father first came to me with the offer I said no. I continued to pray about it though, and God showed me it was the right decision to make,” Eric Fullerton explained. “I am not getting rich by doing this job, but I still think this is where God wants me to be.” 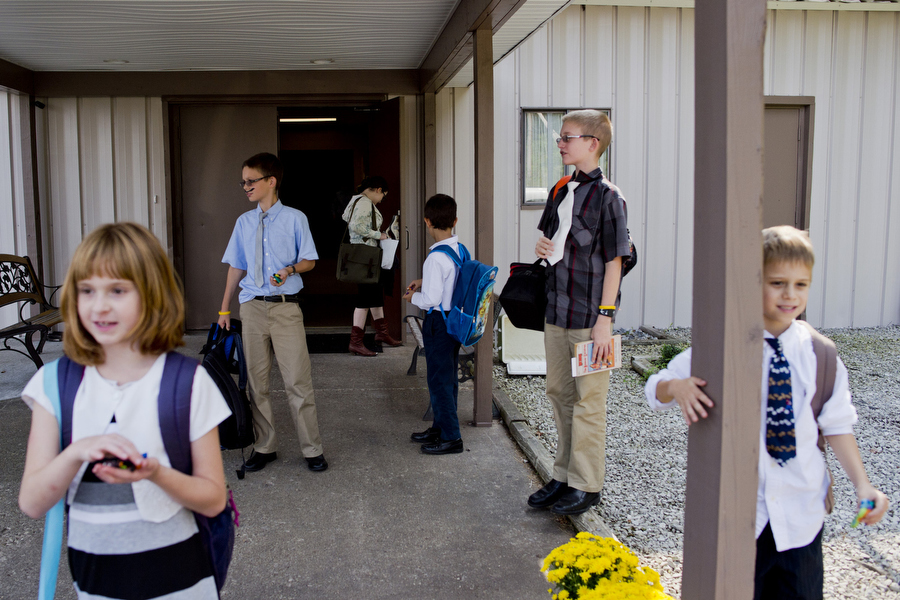