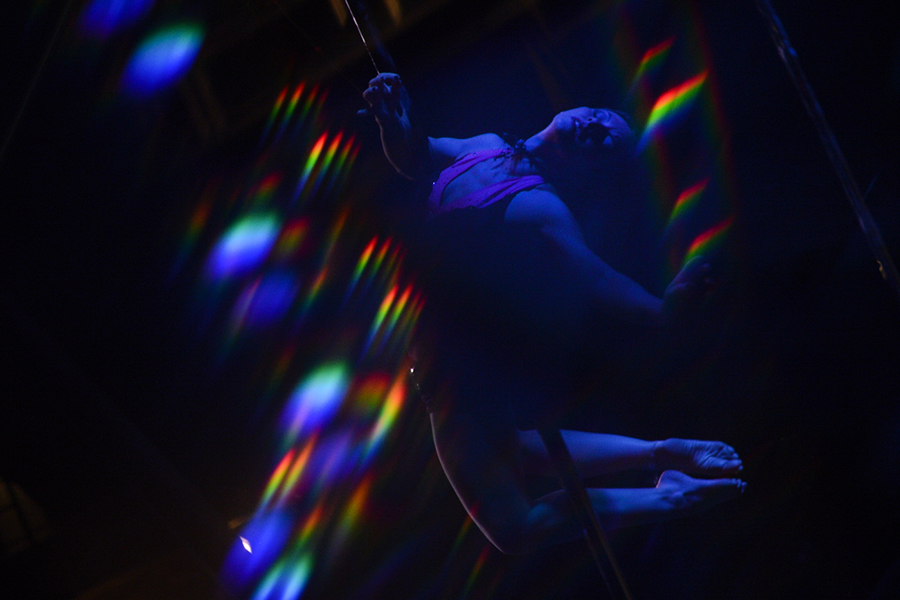 The Arnold Sports Festival added a new sport to the roster this year: Pole Fitness. I got the chance to cover the first annual championship with fellow photographers and OU students Emily Harger, Michael Pronzoto and Julia Moss. All the contestants performed a choreographed routine filled with conceptual make-up, moves and outfits. I gained a new respect for the girls. They made it look artistic and effortless. I am pretty sure if I had tried to do all the flips and tricks they did I would have fallen on the floor and cracked my head open.

While photographing the competition I thought I would try to make something a little different, since there were multiple photographers there to help cover all the bases we needed of the new event. I took the UV filter off of my lens and held a small prism over it to filter some of the lights as I photographed the performances from the side of the stage at the LC Pavillion. I had bought the prism off of Amazon a while ago and found it as I was cleaning out my car before traveling to Columbus to cover the Arnold for the second year in a row. Just in time to experiment! 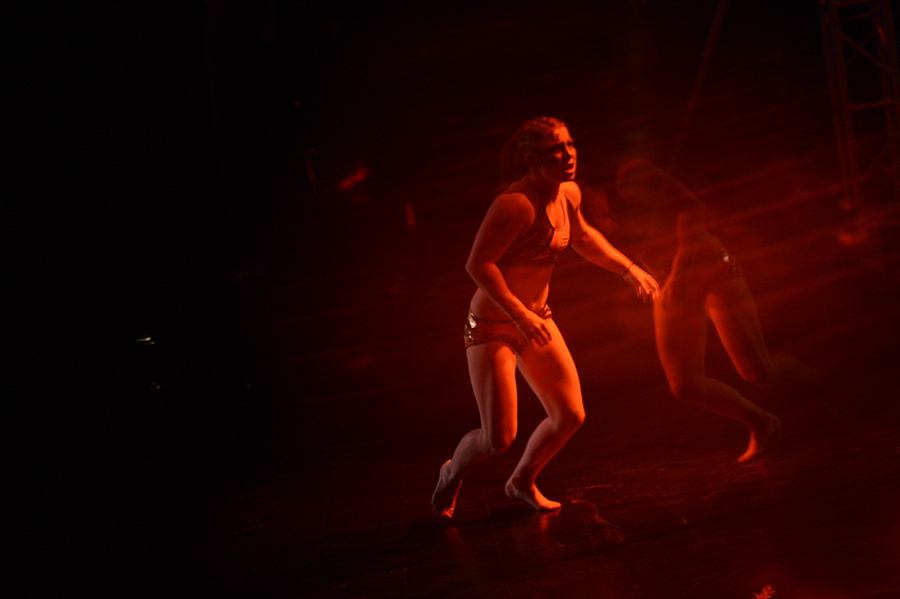 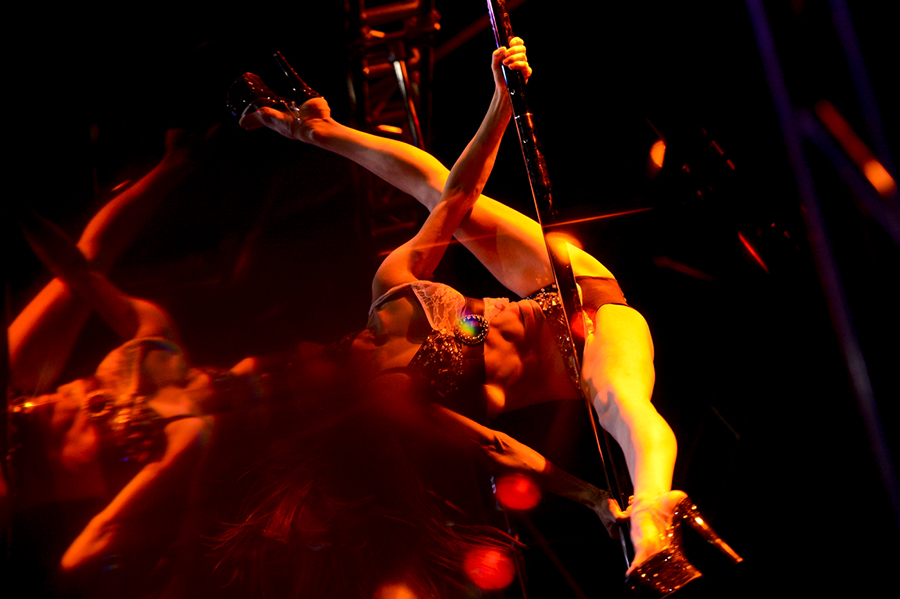 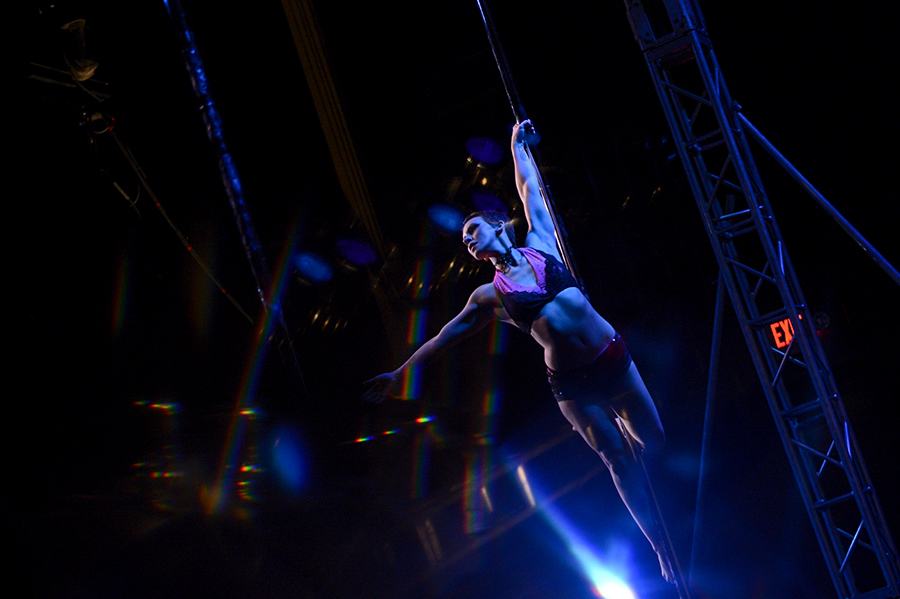 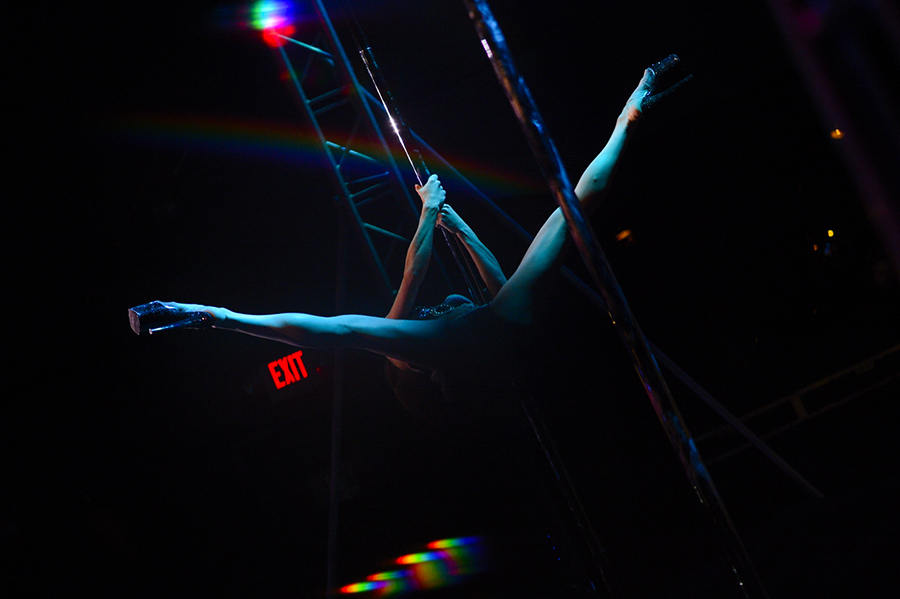