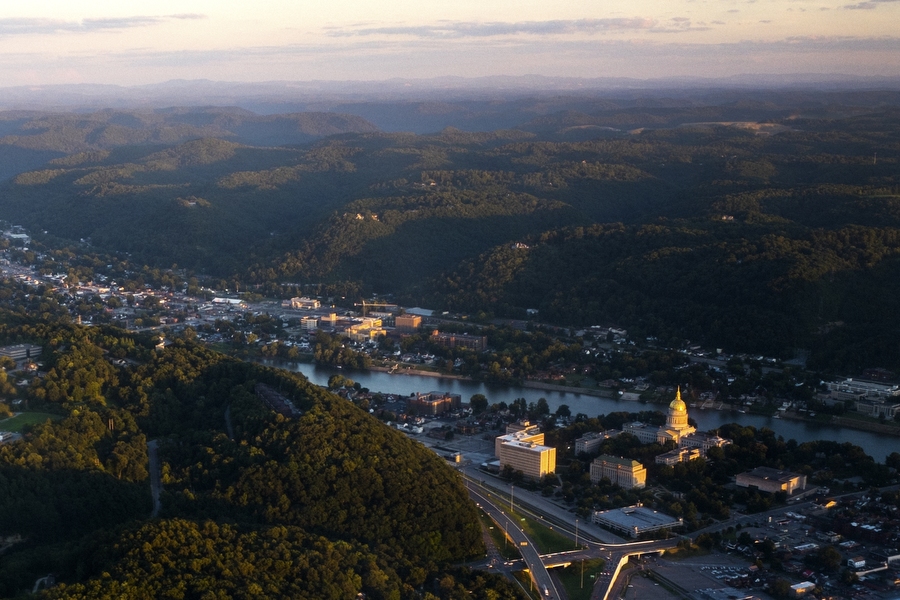 A view from my plane window of Charleston, West Virginia, as I flew out of town for a weekend trip to Fort Collins, Colorado, Thursday evening, July 30, 2015.

As of August 19, I have been living and working in Charleston, WV, for three months. The dust has finally settled from the Charleston Gazette and Charleston Daily Mail newspaper merger. I'm excited to say I will be staying in my position as a staff photographer. These are some photos from my daily assignments and personal adventures over the last month. 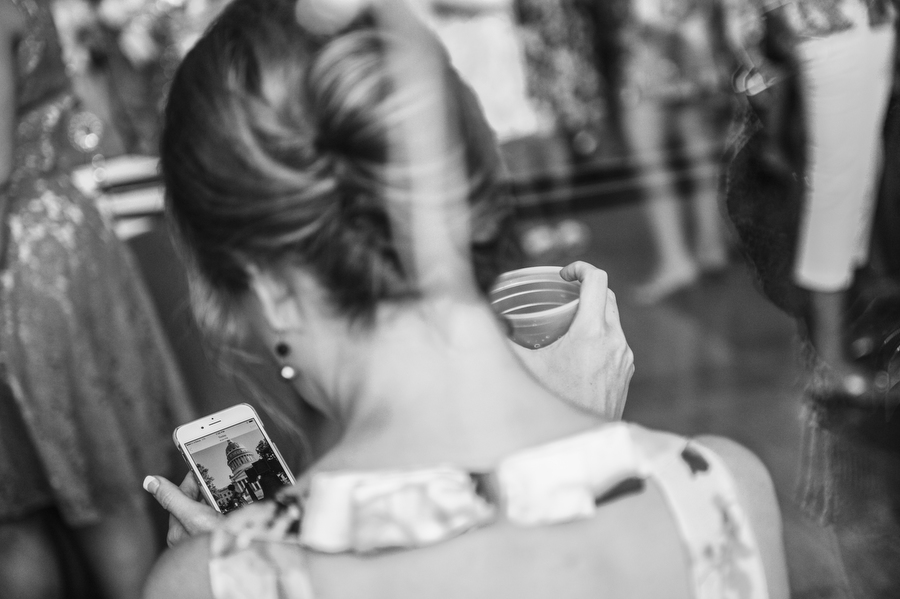 A woman looks at a picture of the West Virginia State Capitol building on her phone as she takes a break from socializing and sipping on a drink during Girls Night Out, an event hosted by YWCA, at the Culture Center in the WV Capitol Complex in Charleston, from 6-10 p.m. Saturday, August 15, 2015. The event was held in support of the YWCA's mission to eliminate domestic violence in the community. The purchase of tickets, $125 per person through July 31 or $150 at the door, included food, drinks, and access to entertainment and silent auction items. 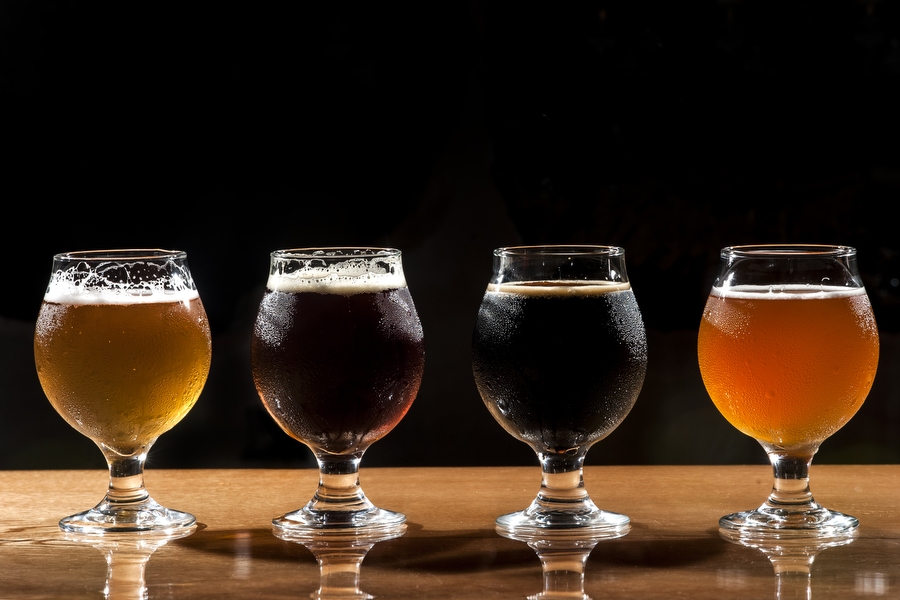 An assortment of beers are pictured from a new brewery that recently opened in Davis West Virginia, called Stumptown Ales. From left to right: Easy Blonde, a light ale, Lefty Lucy, an American Lager, Porter? I Barley Knew Her, a Porter, and Holy Citra, a double IPA. 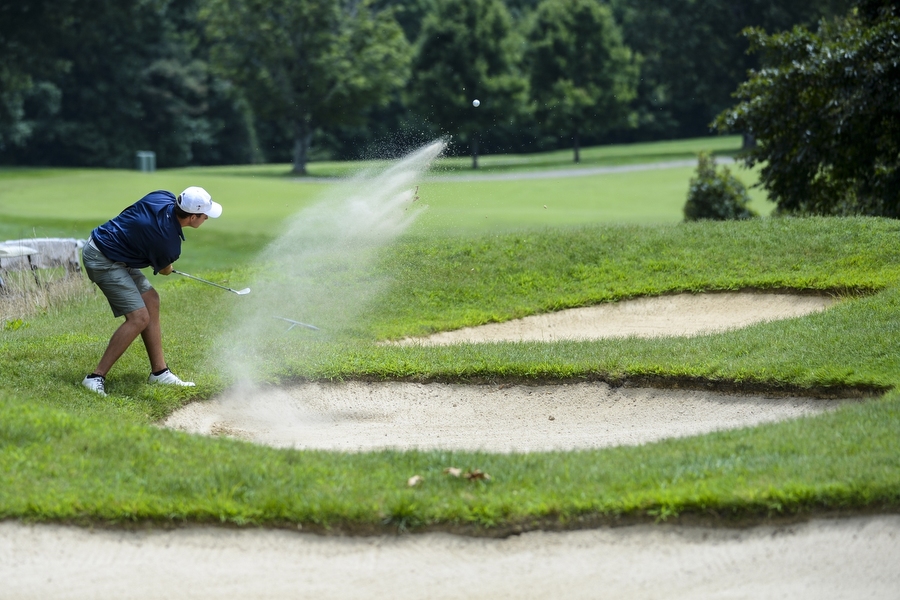 Cole Hand blasts out of a bunker during the second round of the West Virginia Open at Berry Hills Country Club, Thursday afternoon, July 23. 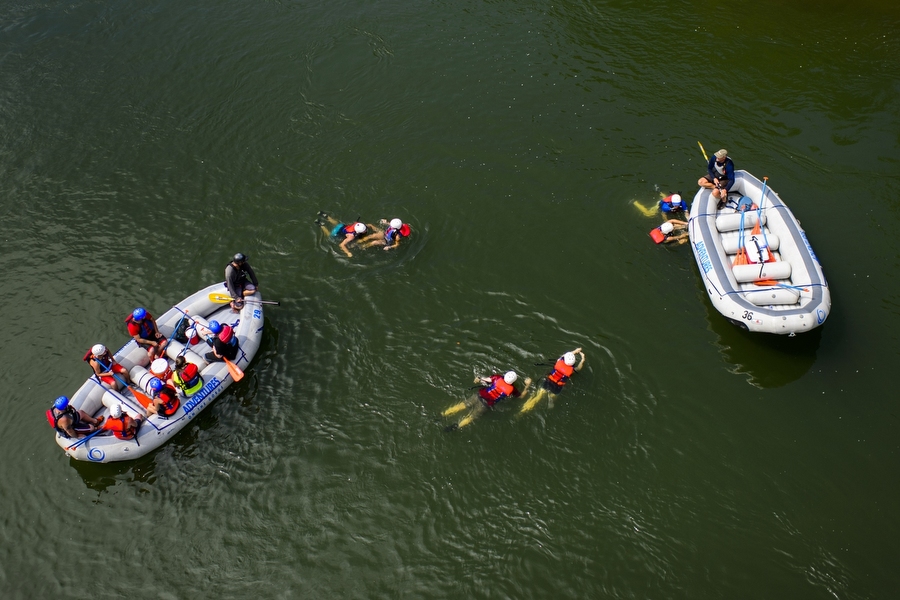 People of all ages slowly float around and on whitewater rafting boats provided by Adventures on the Gorge, an outdoor adventure trip company based at New River Gorge, as they make their way down the New River past Fayette Station in Fayetteville, Sunday, July 26, 2015. 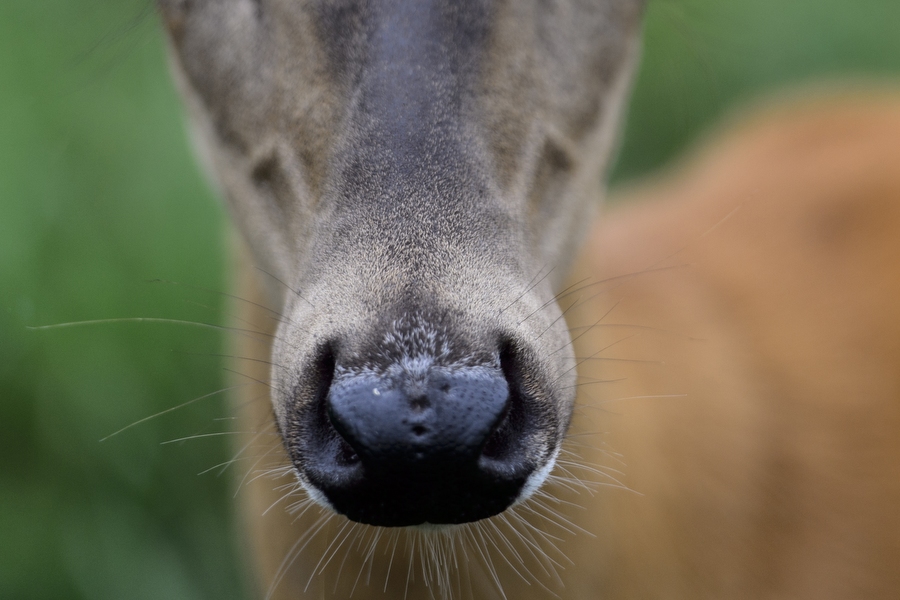 A doe named Delilah is tame and will let the Bowser family  pet her frequently at their deer farm, Dungeon Hollow Farm, located in Wood County, West Virginia. The Bowser family began their deer farming business in 2006 after building fences 8 feet tall to keep the deer behind their home. They have about 50 whitetail deer roaming around in the fenced in land behind their home. 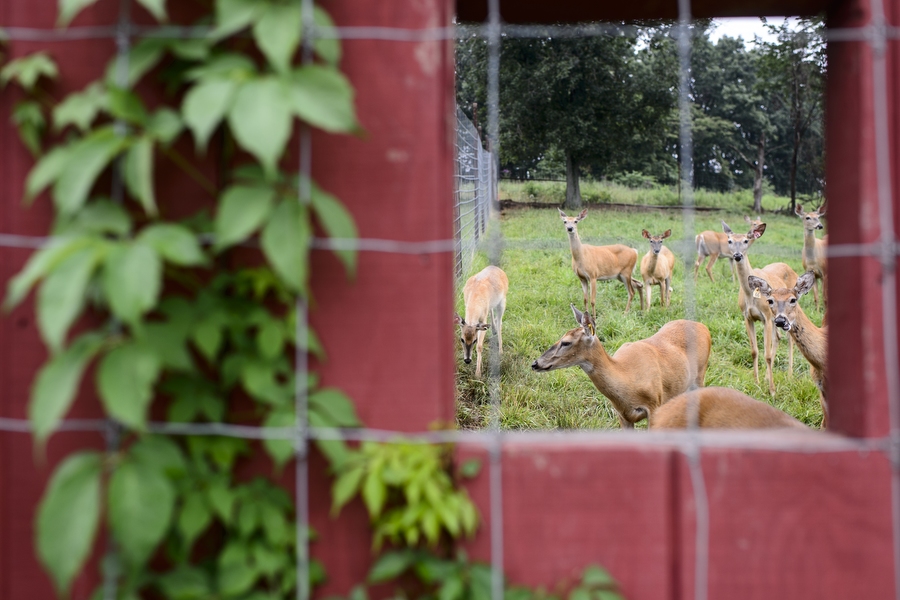 A herd of whitetail deer walk toward a feeding trough filled with a mix of corn and protein pellets at Dungeon Hollow Farm in Wood County, Thursday evening, August 6, 2015. The Bowser family buys their feed locally from Ward Farm Supply store in Parkersburg. Recent changes to state law have deer farmers in West Virginia optimistic about their future. 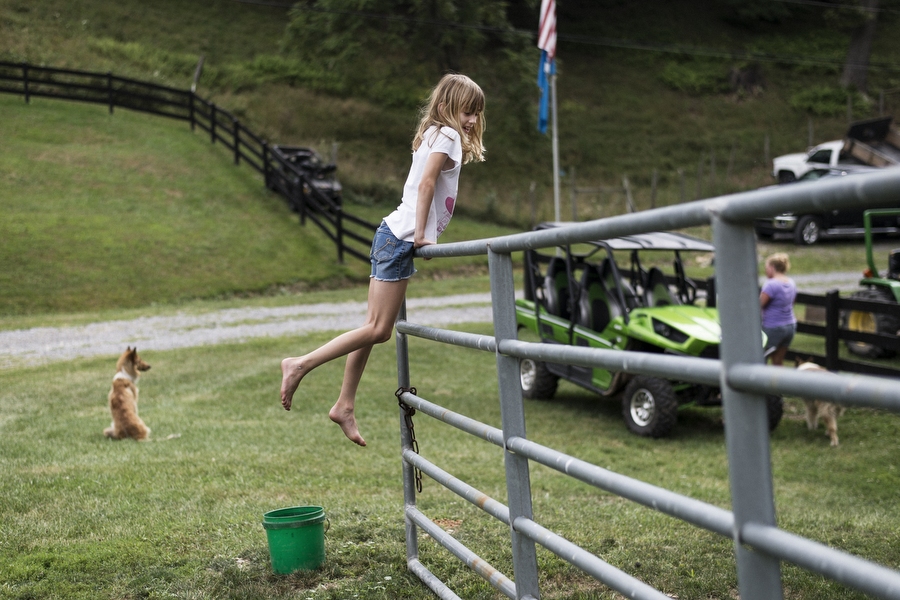 Macee Ours, my young cousin, climbs on the fence outside her home in Scherr, West Virginia, Sunday afternoon, August 9, 2015. 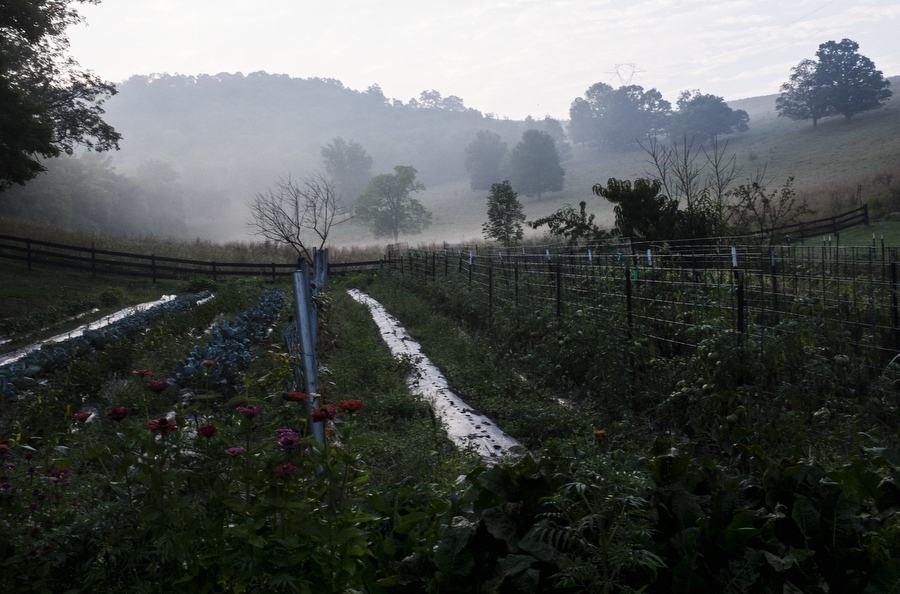 Fog dissipates behind my grandparents' garden as the sun slowly begins to peak out in Scherr, West Virginia, Monday morning, August 10, 2015. 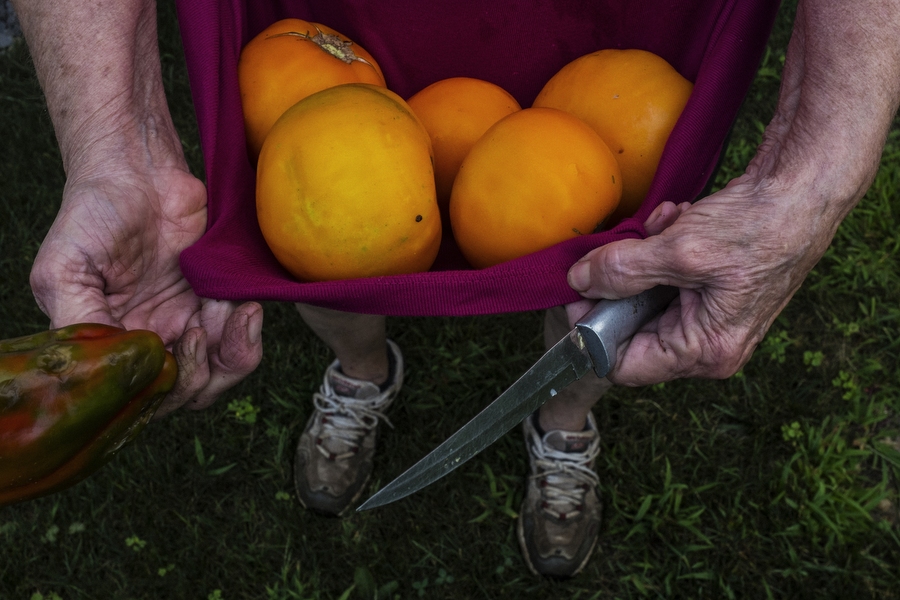 My grandmother uses her shirt to carry a bundle of tomatoes she picked from the garden in Scherr, West Virginia, Monday morning, August 10, 2015. 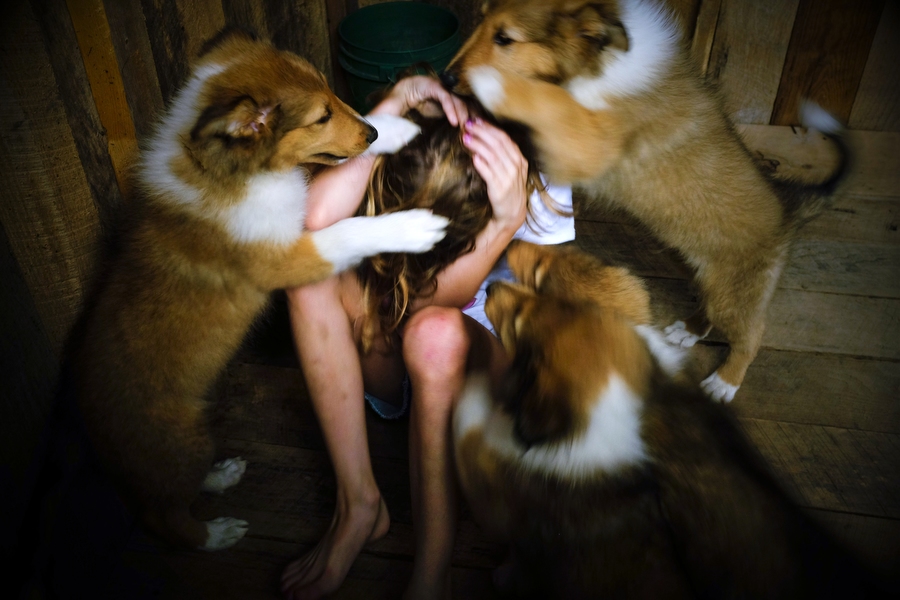 Macee is greeted by four collie puppies that were born at the beginning of June at my relatives' home in Scherr, West Virginia, Sunday, August 9, 2015.